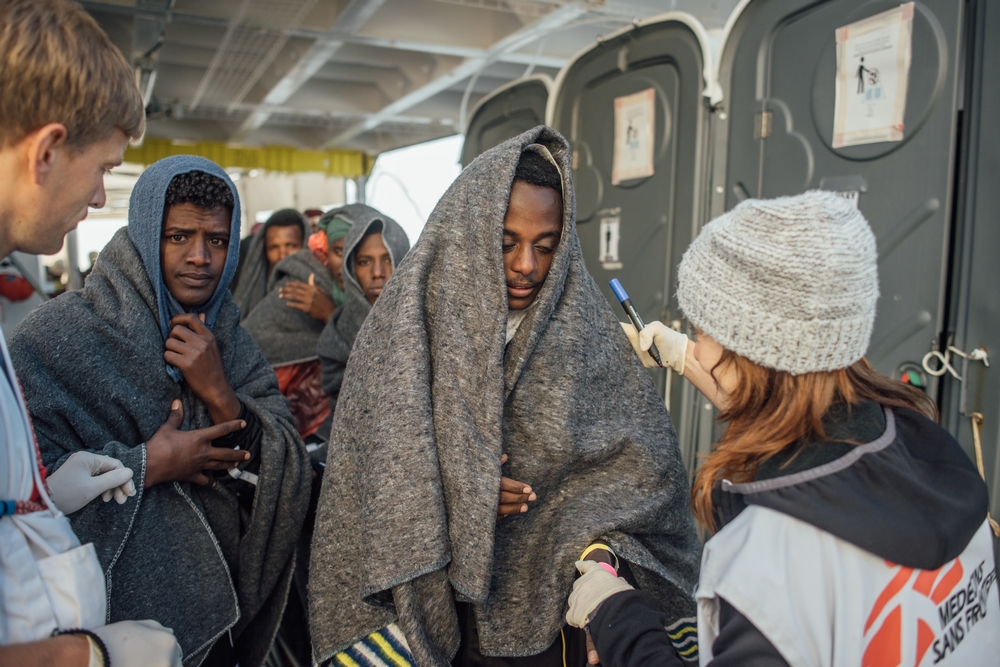 'An assault on the foundations of international law': Joe Belliveau on the humanitarian crisis on the Mediterranean Sea

This op-ed was originally published by Le Devoir on December 7, 2018.

The Mediterranean Sea is the world’s deadliest stretch of water. More than 2,000 people have died trying to cross it this year, virtually all of them migrants and refugees fleeing conflict, trauma and persecution in their home countries. Many have no choice but to place themselves in unseaworthy and over-filled vessels in a last desperate attempt to reach safety in Europe.  Many do not survive.

Recent actions by some European governments have now made the likelihood of more deaths even higher. Despite obligations under international law to help people in distress at sea, European authorities have drastically reduced their search-and-rescue operations — and in the case of Italy, have not only refused to accept asylum seekers arriving by sea but have taken aggressive action against organizations working to save lives and prevent more drownings on the water.

Since 2015, Doctors Without Borders/Médecins Sans Frontières (MSF) has helped more than 60,000 people at risk on the Mediterranean Sea. Last year alone, teams on the Aquarius, a search-and-rescue ship operated by MSF in partnership with the charity SOS Méditerranée, rescued more than 15,000 people from drowning. As a result of those efforts, we have come under attack from not only anti-migrant groups in Europe, but from the efforts of European governments themselves to stop our lifesaving actions.

Italy’s new coalition government, in particular, has aggressively targeted MSF: pressuring Panama to revoke the flag of the Aquarius ship; suspending our bank accounts; and spuriously accusing us of colluding with human traffickers and illegally dumping medical waste, all leading to a suspension of our search-and-rescue efforts.

These are not just attacks on MSF. Similar actions have been taken against other humanitarian search-and-rescue ships working on the Mediterranean Sea. They are a concerted assault on the foundations of international law and the entire legal framework governing humanitarian action. And they are part of a worrying trend in which governments seek to criminalize humanitarian aid using inappropriate legal mechanisms to further their political agendas. This approach, intended or otherwise, undermines the foundations of the international legal system that was put in place after the horrors of the Second World War — to protect civilians and prevent suffering caused by conflict, displacement and humanitarian crisis.

This week, Canada’s Minister of Foreign Affairs, Chrystia Freeland, is in Europe attending a series of meetings in Belgium, Italy and Germany, including the 25th ministerial Council for the Organization for Security and Cooperation in Europe (OSCE), where she has said she intends to “reiterate the need to uphold the rules-based international order in the face of growing challenges around the world.”

We applaud Minister Freeland’s plans to stand up for a system that holds member states to their responsibilities under international law, and we hope she will take this opportunity to demonstrate that Canada stands firmly against the continued erosion of the international framework upon which all humanitarian action depends.

To that end, we encourage Minister Freeland to insist on a cessation of unfounded legal assaults on humanitarian rescue efforts in the Mediterranean Sea, and to demand that our European allies must uphold their obligations under international maritime law, so that organizations such as MSF can resume their lifesaving search-and-rescue operations. Policies under which passengers on intercepted migrant ships are returned to Libya, a place where they are frequently subjected to detention, torture and horrific abuse — and is clearly not the safe harbour demanded by international maritime conventions — must also stop.

Over the past two months, as refugees, migrants and asylum seekers have continued to put their lives at risk crossing the Mediterranean Sea, the Aquarius has remained in port, unable to carry out its humanitarian work as a result of a sustained campaign spearheaded by the Italian government and backed by other European states. Attacks aimed at delegitimizing, slandering and obstructing aid organizations have hindered assistance to vulnerable people. These campaigns are undermining international law and humanitarian principles.

With no immediate solution, MSF and our partners SOS Méditerranée announced yesterday that we have no other choice but to begin decommissioning our search-and-rescue ship, the Aquarius. That will mean more needless deaths at sea. For MSF, this represents a dark day for international humanitarian values in Europe. We are looking to Canada to remind our allies that those values are matters of principle, not political convenience.