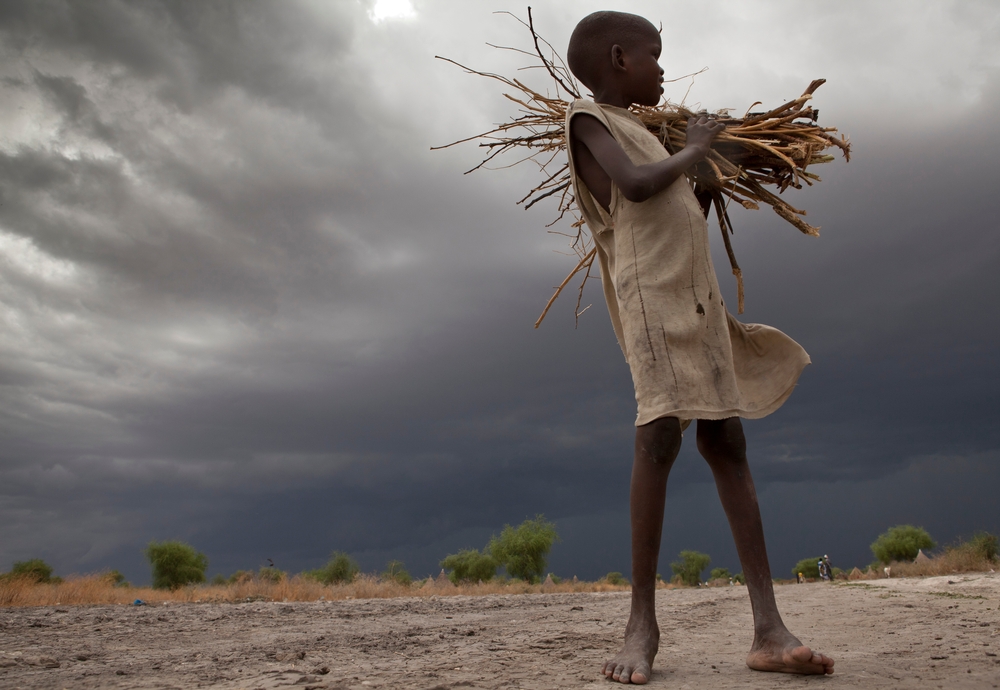 A crisis in the making: MSF and the global health impact of climate change

Medical humanitarian action is in many ways reactive in nature, but part of responding effectively lies in being ready for emergencies before they unfold. As the link between climate and global health becomes more clear, it is essential that Doctors Without Borders/Médecins Sans Frontières (MSF) be prepared for the impact that environmental degradation will have on future humanitarian crises.

From the Summer 2018 issue of Dispatches, the MSF Canada magazine

By Carol Devine and Sarah Lamb

Why should an emergency medical organization be concerned about climate change?

Doctors Without Borders/Médecins Sans Frontières (MSF) exists to provide medical assistance to people affected by conflict, epidemics, disasters or exclusion. Our purpose is not to address all the underlying causes of these crises ourselves, but to respond to the urgent health and humanitarian needs they create.

At first glance, it may seem like climate change, a complex and long-term phenomenon, lies beyond that scope of MSF’s activities. But in addition to responding to crises, MSF also bears witness to the direct and indirect impacts they have on the well-being of the patients we serve. This allows us to call attention to the challenges those patients and their communities face, and to better prepare for how to respond.

It is now becoming increasingly clear that changes to the climate and ecosystems in many of the places we work are creating new and increasing threats to the health of the people who live there, many of whom are already highly vulnerable and in need of care. Our medical teams are seeing these effects in many of the nearly 70 countries we operate in: from the impact of water scarcity in conflict zones such as Syria and Iraq, to food insecurity in places like Africa’s Sahel region or worsening malaria outbreaks in countries around the world.

“Climate change is primarily affecting the vulnerable populations in developing countries that we serve,” says Patricia Schwerdtle, a Registered Nurse who worked with MSF in South Sudan. “The health needs our team was addressing were  climate sensitive diseases such as malnutrition, malaria, diarrheal disease and Kala Azar.”

Climate and health: A dangerous link

According to a report issued last year by The Lancet, hundreds of millions of people are already experiencing negative health impacts as a result of climate change, including 422 million people in 30 countries who are undernourished as a result of climate-related failures in food production. Pollution is now the largest environmental cause of disease and death in the world today — three times more than from HIV/AIDS, TB and malaria combined. The majority of deaths related to climate change also occur in poor countries, which are less able to respond to increased needs or react to changing circumstances.

That is why, in 2016, MSF began taking deliberate steps to understand the specific impact these changes will have on our humanitarian medical action — not only on the health of people in highly vulnerable places, who are most at risk from changes to the environment, but on our own ability to respond to and alleviate their suffering. We started with a question: Is MSF sufficiently responsive to and prepared for the current and future health consequences of climate change and environmental degradation?

A survey undertaken by MSF Canada last year to help answer that question showed that MSF has already been actively responding to the impact of climate change. In the early 2000s, we launched programs aimed at alleviating the health burden of environmental degradation around the rapidly-drying Aral Sea in Uzbekistan, and in 2010 we began treating lead poisoning caused by artisanal mining in Zamfara, Nigeria, which had been making people lethally ill, especially children. More recently, MSF has been doing research on environmental and social health impacts in Kyrgyzstan and South Africa, and their links to the extraction of natural resources. In one of the world’s most disaster-prone areas, South-East Asia and the Pacific regions, MSF is developing an application to improve preparedness and response to extreme weather events and disasters. “As weather-related disasters are increasing due to climate change, we need to keep a closer eye on vulnerable regions,” says Lucy Guenning, the project’s manager at MSF’s office in Hong Kong. “Governments are not yet equipped to respond, and MSF needs to bridge the gap of climate change’s impacts.” 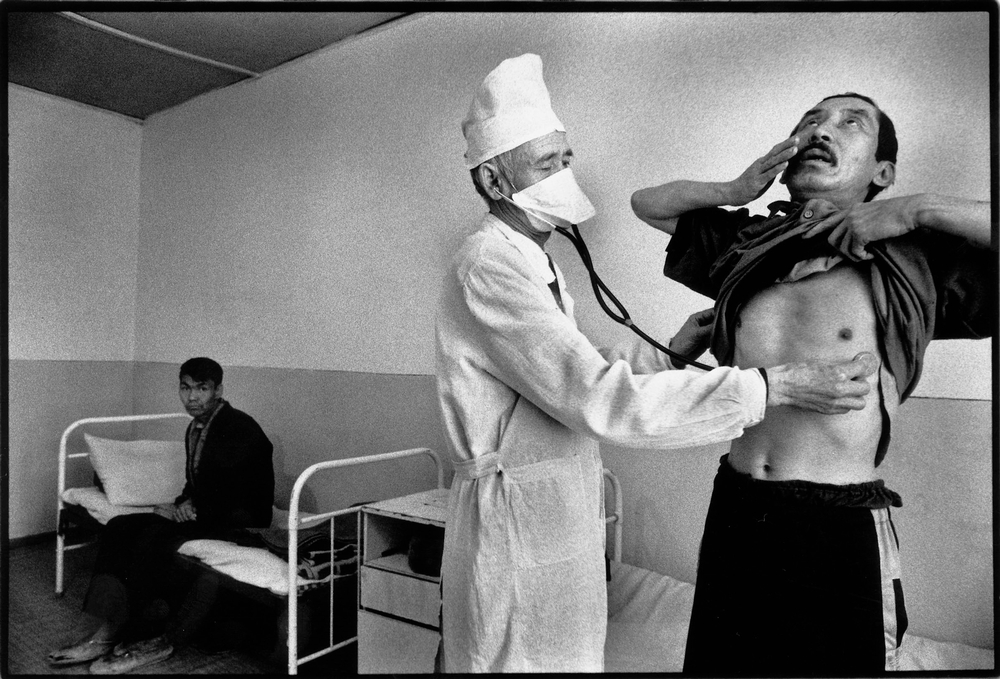 Dieter Tielemans
In the early 2000s, MSF helped respond to a tuberculosis epidemic near the Aral Sea in Uzbekistan, a region that has been heavily impacted by environmental degradation.

But more remains to be done, including efforts to reduce MSF’s own environmental footprint. Initiatives such as supply-chain efficiency reviews, transport policies, drug procurement, green office action, large-scale waste disposal projects and solar energy are now starting to be shared and scaled across the organization. MSF Canada, with our operational partner in Switzerland, is seeking to pilot an audit tool that will help us better assess the environmental impact of MSF’s activities in a more methodical way.

The heart of our efforts, however, must be in improving our abilities to not only understand the impact that climate change is already having on the vulnerable populations we serve, but to better prepare for the humanitarian needs that environmental degradation will create in the future. While this can include better data collection and analysis drawn from our continued presence on the front lines of some of the world’s most challenging health and humanitarian emergencies, it will also require a willingness to speak out about the factors contributing to these crises.

Climate change is a threat multiplier, and local environmental degradation can lead to untenable conditions for populations who can no longer sustain themselves, causing suffering and at times forcing them into flight within their countries or across borders. Increasingly, there are more frequent and intense weather events, which destroy homes and livelihoods, threaten food production and cause certain disease-bearing insects to thrive in more habitats and proliferate. Floods and droughts compounded by deforestation and other forms of resource extraction are rendering large areas uninhabitable.

Prior to its recent report, The Lancet had already identified climate change as the greatest global threat to health in the 21st century. Recently, however, it revised this assessment, calling environmental change the world’s greatest health opportunity — because even though a delayed response to climate change has already jeopardized human life and livelihoods in many parts of the world, there is also ample evidence that taking steps to address the drivers of climate change and mitigating their impact can produce significant health benefits. MSF was founded on the premise that taking action is essential to creating change, and shares the view that seizing the opportunity to alleviate suffering is a necessary part of our humanitarian enterprise.

“Action on climate change is not a matter of evidence nor a lack of technology,” says Schwerdtle, the MSF Registered Nurse. “It’s entirely a matter of commitment.”

MSF’s fundamental priority remains providing care for people in need, wherever they may be. Today, the impact of climate change and environmental degradation on the health of some of the world’s most vulnerable people is becoming clearer, even as the challenges this creates are becoming more complex and the resources needed to respond are in some cases becoming more constrained. That is why it is increasingly critical for MSF to start taking action now to prepare for tomorrow’s climate-related health and humanitarian emergencies, so that we can continue providing urgently needed care and assistance to those who need our help the most.