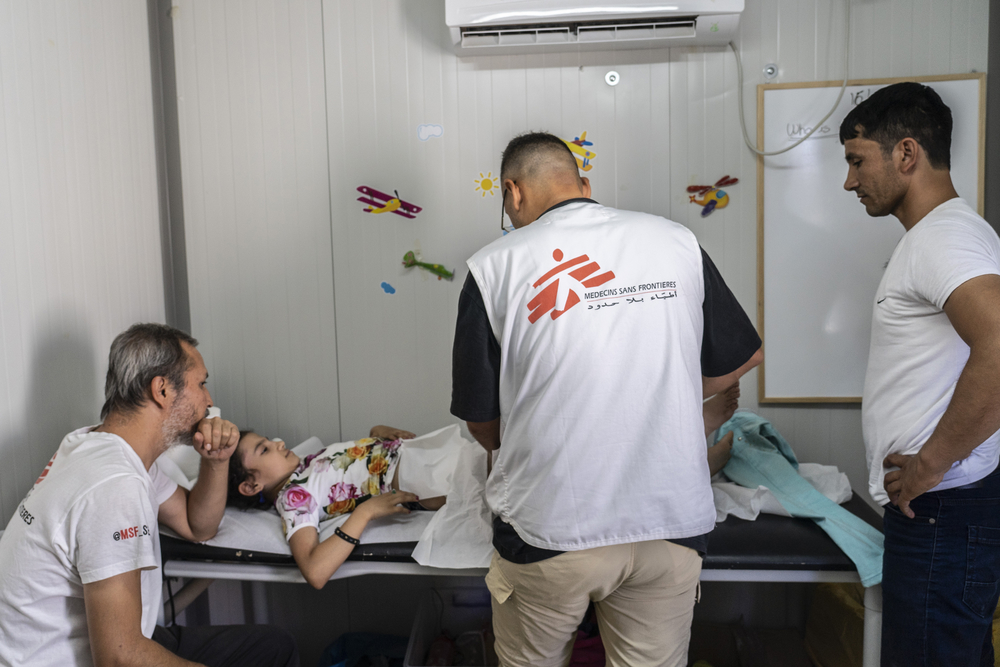 A disastrous policy: vulnerable people trapped on the Greek islands pay the price of inhumane policies of the EU-Turkey deal

Some 24,000 men, women and children seeking protection in Europe are trapped on the Greek islands in horrendous conditions while being deliberately neglected by Greek and European authorities, says international medical organisation Doctors Without Borders/Médecins Sans Frontières (MSF) today. The harmful crisis, which is undermining the wellbeing of thousands of vulnerable people, is the result of a faulty reception system, a lack of protection mechanisms and insufficient provision of services. This demonstrates that the EU’s containment and deterrence approach to managing migration has simply failed, says MSF.

For four years, MSF has been working on several Greek islands and still today the humanitarian and medical response is mostly left to organizations of volunteers that are replacing the responsibilities of the State. Today, once again, MSF has been forced to scale up its operations: hundreds of medical consultations are carried out on a daily basis in the islands of Lesvos, Samos, Chios and in coordination with other volunteer and non-governemental organizations. MSF is increasing the sanitation facilities for the migrant population and distributing basic relief goods on a regular basis.

“This is not a new emergency: the severe overcrowding in the hotspots is a policy-driven crisis harming thousands of men, women and children every day, for years. We have seen it in the past and we continue to see it today,” says Tommaso Santo, MSF’s head of mission in Greece. “More than 3 years after locking up asylum seekers in desperate conditions on the Greek islands, should we conclude that the Greek and EU authorities are hoping to rely on this shameful reception failure as a way to deter new migrants’ arrivals to the EU? The recent spike in arrivals indicates that this temporary solution is not sustainable and keeps on harming people”.

As sea arrivals reach numbers not seen since 2016, MSF’s pediatric mental health teams working on Lesbos saw child referrals double in July compared to previous months. In July and August, 73 children were referred to our teams: three had attempted to kill themselves and 17 were self-harming. Ten of the 73 children were under the age of six, with the youngest just two years old.

“More and more of these children stop playing, have nightmares, are afraid to go out of their tents and start to withdraw from life,” says Katrin Brubakk, MSF’s mental health activity manager on Lesbos. “Some of them completely stop talking. With the increasing overcrowding, violence and lack of safety in the camp, the situation for children is deteriorating day by day. To prevent permanent damage, these children need to be removed from Moria camp immediately”.

In MSF’s pediatric clinic we have almost 100 children with complex or chronic medical conditions, including young children with serious heart conditions, diabetes and epilepsy as well as injuries from war. All are waiting to be moved to the mainland to access the specialist treatment they need.

In Vathi camp on Samos, the situation is unsustainable, according to MSF, with 5,000 people crammed into a space designed for 650, and with the majority of  people living in an area outside the camp known as ‘the Jungle’. The absence of protection measures and basic services puts people at risk of retraumatisation, while reports of harassment, sexual assault and other forms of violence are on the rise.

The Greek government recently transferred almost 1,500 vulnerable people from Lesbos. However, MSF believes that moving people to tents on the Greek mainland is not a safe or effective response to chronic overcrowding and its effects on people’s wellbeing. At least 2,500 people who have been officially recognised as vulnerable remain on Lesbos, despite being entitled to be moved elsewhere for specialist care, and this figure does not include the probable thousands of others who have not yet been officially recognised as vulnerable.

MSF calls on the Greek government, the EU and its member states to act according to their responsibilities and put an end to this unacceptable and harmful crisis by: