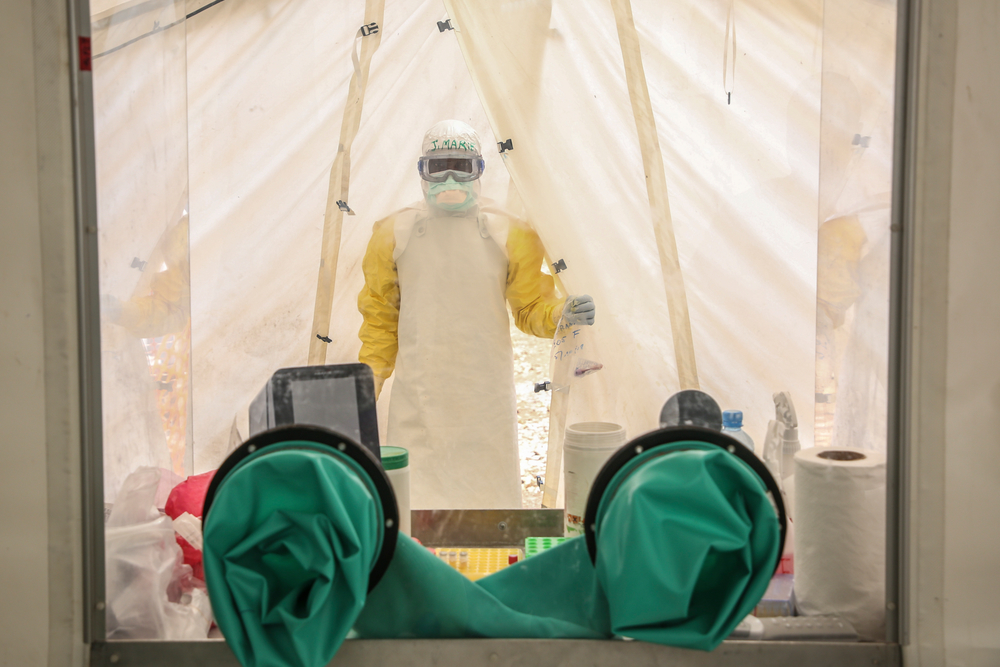 An Ebola epidemic in Democratic Republic of Congo (DRC) continues to spread.

The outbreak was declared on August 1 in North Kivu, in the north-east of DRC: it is the tenth Ebola outbreak in the country's recent history and the second one this year. MSF quickly launched its intervention, within the response plan of the Congolese Ministry of Health. The epidemic is not under control yet and new cases have appeared more than one hundred kilometres away from the epicentre. While the ongoing conflict in the region can represent an added challenge to the intervention, the response to the outbreak was immediate and some medical innovations may help to make the intervention more effective.

The first case of the outbreak was registered in Mangina, a little town to the north-west of Beni. The virus then spread to other parts of North Kivu and crossed the border with Ituri province. To date, 181 cases have been reported, of which 146 have been confirmed by laboratory tests; 80 people have died and 50 have recovered.

“The number of confirmed Ebola cases is not skyrocketing, but the situation remains worrying. There are confirmed patients in big cities like Beni and Butembo, but also in places far away from the epicentre, close to the Ugandan border. That makes it difficult to contain the epidemic. Like all Ebola outbreaks, it’s difficult to predict how it may evolve, but we are ready to react and support the Ministry of Health whenever new cases appear,” says Laurence Sailly, MSF's emergency coordinator.

MSF is working with the Congolese Ministry of Health in the Ebola treatment centres of Mangina and Butembo (North Kivu), and in Tchomia (Ituri, close to the Uganda border); the latter was quickly set up after a new confirmed case was reported there and an MSF team conducted an investigation on site. MSF also carries out health promotion activities and infection prevention and control to protect health structures between affected towns and cities. Some innovations in the treatment may play a significant role in a faster, more effective response to the outbreak. For instance, the blood samples of suspect Ebola patients are now examined in a laboratory installed within the Ebola treatment centres themselves. This allows the teams to react faster to the changing medical condition of patients.

This is also the first time that five developmental drugs are being used to treat Ebola patients in DRC, and the presence of on-site testing capability means that patients with newly confirmed cases are offered these new treatments within 24 hours of their confirmation as positive to the virus. In Tchomia, where an Ebola treatment centre (ETC) did not exist when the first case was reported, the first patient was under treatment within 72 hours. Mortality among Ebola patients is very high, at roughly 50 per cent: these drugs have the potential to increase the odds of survival. “It’s very positive to have five molecules that seem promising, even if there is currently no scientific evidence that any of these drugs work for people with Ebola. But it’s a good step forward. We can offer Ebola patients access to potentially life-saving drugs while preparing for a clinical trial implementation that will hopefully determine efficacy and safety,” says MSF medical doctor and Ebola expert, Hilde De Clerk.

Because this part of DRC is densely populated and there are a lot of population movements and trade, it’s difficult to identify and track all the active chains of transmission. “A potential key to successfully control the outbreak is to react fast,” says Laurence Sailly. “Whenever a confirmed Ebola case is found, a small, multidisciplinary rapid response team [nurse, epidemiologist, logistician, health promoter, medical doctor] is sent as fast as possible to work on this new hotspot and prepare for a potential bigger intervention.” MSF sent such teams to Luotu and Tchomia immediately after a confirmed Ebola patient was detected in these areas. 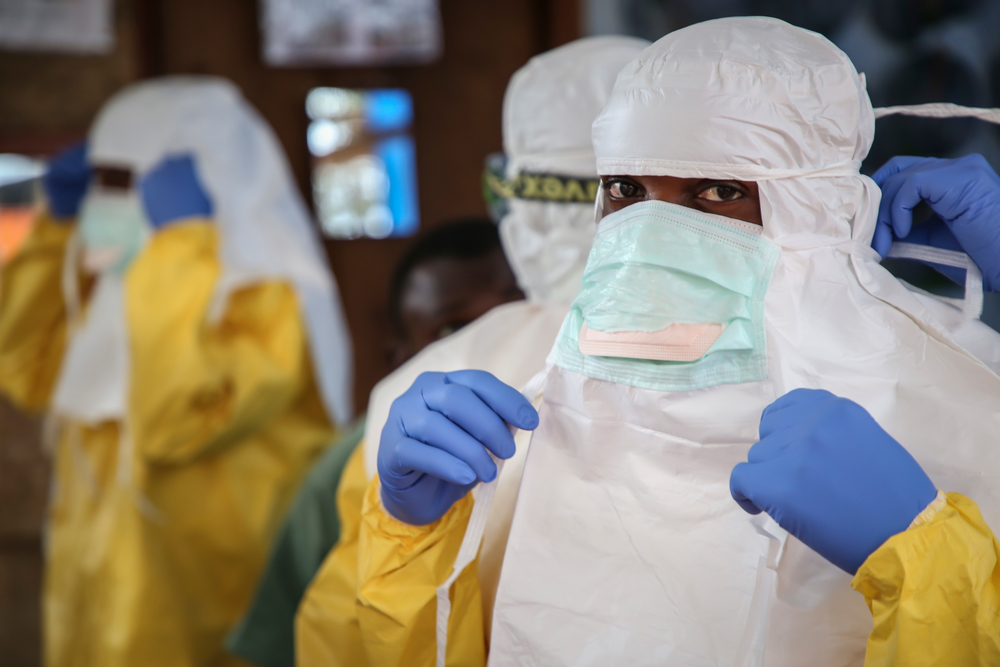 Carl Theunis/MSF
Images from the changing area in MSF's Ebola treatment centre in Mangina. Health workers are preparing themselves and putting on the protective outfit to enter the high risk zone of the centre. It’s very important to meticulously check the double layered outfit so no skin is exposed.

Immunization activities with the Ebola vaccine (rVSVDG-ZEBOV) quickly followed the declaration of the epidemic. The WHO and ministry of Health are providing vaccination for people who have had contact with Ebola patients. In addition to that, MSF is also running vaccination activities, offered in particular to front-line workers (health workers, personnel involved in burials and religious figures), who run a higher risk of becoming infected. A total of 13,750 people have been vaccinated so far.

While new approaches are being developed in the intervention, the traditional pillars of the Ebola response remain critical. While movement in this unstable area can sometimes be difficult, investigating alerts and tracing contacts continue to play a major role, particularly while the scattered geographical pattern of new cases leaves little doubt as to the complexity of the challenge.