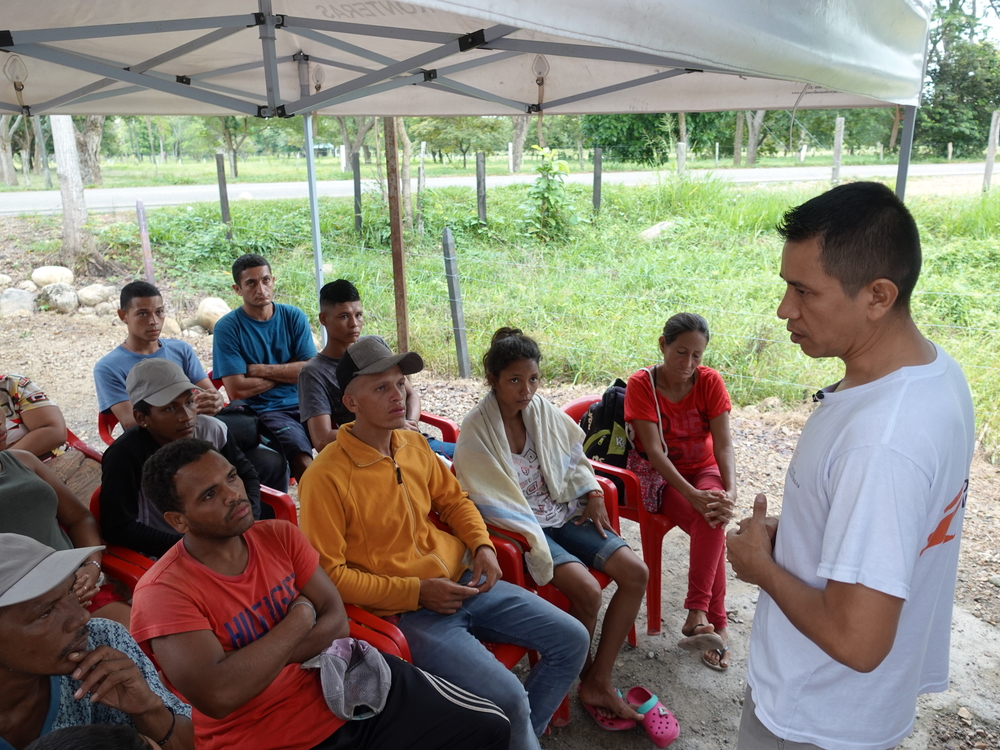 The migration of Venezuelans into Colombia represents the second largest population movement in the world, yet the international community is largely ignoring the dire situation of the migrants and asylum seekers. The humanitarian response remains severely limited, particularly in rural areas affected by armed conflict and criminal dynamics. Since the end of 2018, Doctors Without Borders/Médecins Sans Frontières (MSF) has established three primary health and mental health projects for Venezuelan migrants in the border departments of La Guajira, Norte de Santander and Arauca.

In recent years, more than 1.6 million Venezuelans have crossed the border into Colombia, fleeing a deep political and economic crisis that prevents them from accessing fundamental means of subsistence. This figure underestimates the real dimensions of the migration crisis, since many people do not register with the authorities due to lack of access to documentation. In addition, between 25 and 75 percent of people enter Colombia by irregular border crossings, making it difficult to count them.

What is clear is that Venezuelan migrants in Colombia face an unprecedented situation compared to other massive population movements in recent history. Most of them leave a distressing situation in their home country, but they do not reach a safe place on the other side of the border, particularly when they settle in peripheral, remote areas of the country. They are exposed to being recruited by armed groups or to work in the cultivation of illicit crops. They suffer discrimination, sexual violence and forced prostitution.

Unlike most of the countries in the region, Colombia has kept its borders open to receive Venezuelans, even though the country does not have the experience or resources to adequately cover their needs. Many migrants sleep on the streets on arrival, then settle in slums or crowded houses. Poor living conditions and lack of access to water and sanitation have a direct impact on their health.

As of November 2019, MSF teams have conducted more than 50,000 medical consultations. Although these consultations do not reflect the magnitude of the situation, they indicate the enormous difficulties these people face in accessing medical care, adequate food, housing and protection.

With regard to access to healthcare, the response offered to migrants by the public system is quite limited: it only addresses vital emergencies, births and vaccination. However, the needs far exceed these services. Patients with chronic diseases require continuous treatments, and their referrals to other levels of care is not assured. In addition, there are no mental health services to care for the people who require them. 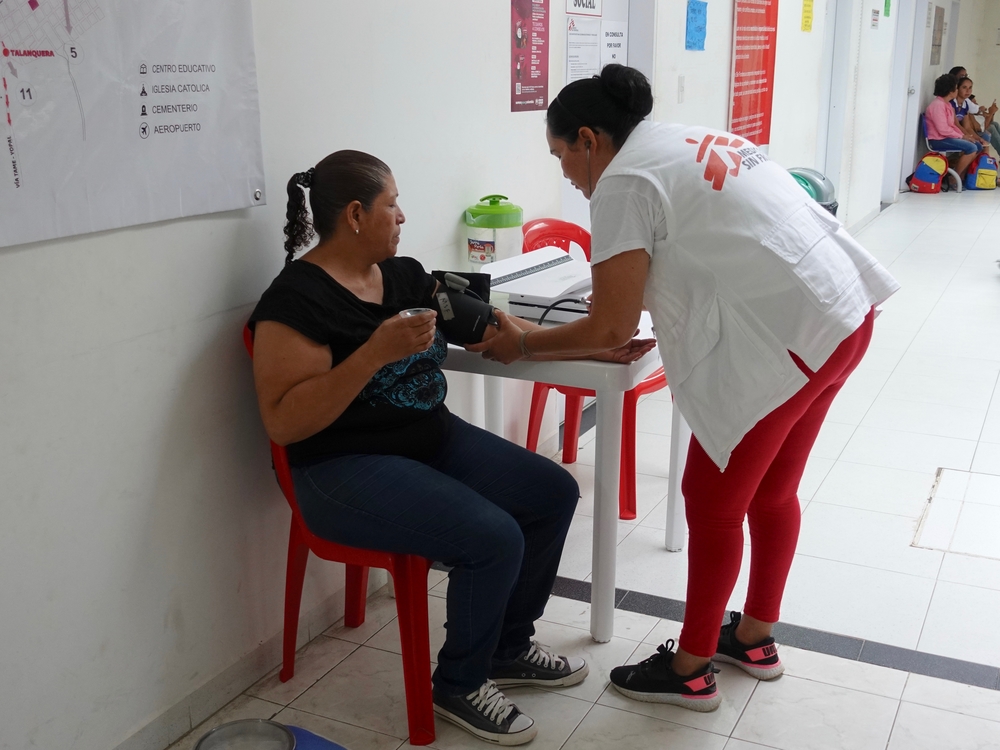 Limited access to sexual and reproductive health care is of particular concern. Around 68 percent of the total resources allocated in 2019 for the Venezuelan migration crisis in Colombia came from the United States. The US policy known as the Global Gag Rule (officially known as the Mexico City Policy) cuts off US funding for programs overseas that are involved in abortion-related activities, including counseling and informing women about their reproductive choices. Many organizations in Colombia have curtailed abortion-related services to avoid losing vital US funding, reduced sexual and reproductive health services due to lack of access to funds from other sources, or have been forced shut down altogether.

Sexual and reproductive health care services, including safe abortion care, are in high demand by Venezuelan migrant women. In MSF projects in border departments, for example, approximately one in five consultations is related to this issue.

MSF is calling for a greater commitment from the international community to address this humanitarian crisis. We are facing an exodus of more than 4.7 million people from Venezuela, around one-third of whom have settled in Colombia, a country that does not have the resources to cope properly. It is urgent to stop minimizing the suffering of Venezuelan migrants and asylum seekers, and to provide greater financing without conditions to support a stable and coherent response to this situation.