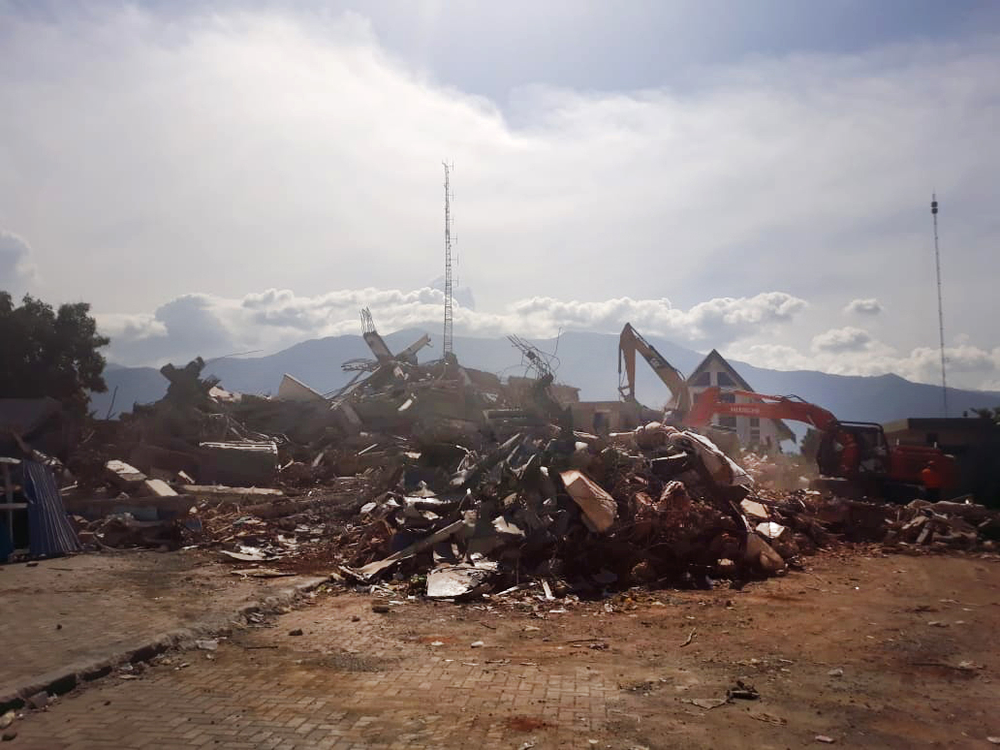 A team of Indonesian MSF colleagues composed of medical, water & sanitation and logistics specialists went to the affected areas to assess the situation. In collaboration with the Ministry of Health (MoH) team on the ground, they evaluated the needs in the more remote and rural areas, as the massive government response is concentrated mainly in the areas around the tsunami-hit Palu City coastline, and Petobo to the south which was affected by liquefaction – a phenomenon wherein the soil loses strength or density and turns into mud, causing landslides. After initial constraints in transportation and access to various locations, our team managed to reach the affected areas, mainly around the sub-district of South Dolo, Sigi, and further north along the west coast of Donggala district, which is home to over 50,000 people.

As services in Palu City are slowly resuming, with shops and restaurants starting to re-open, electricity restored and all hospitals functioning, the main priority now is to provide support to health centres in these remote areas to restart their primary health care activities and ensure the prevention of epidemics such as diarrhea, skin diseases, measles, etc. Restarting routine vaccination, data collection and epidemiological surveillance for different diseases will be also part of the support that will be provided by our colleagues. Temporary structures for consultations and maternity services, and access to sufficient clean water will also be installed. 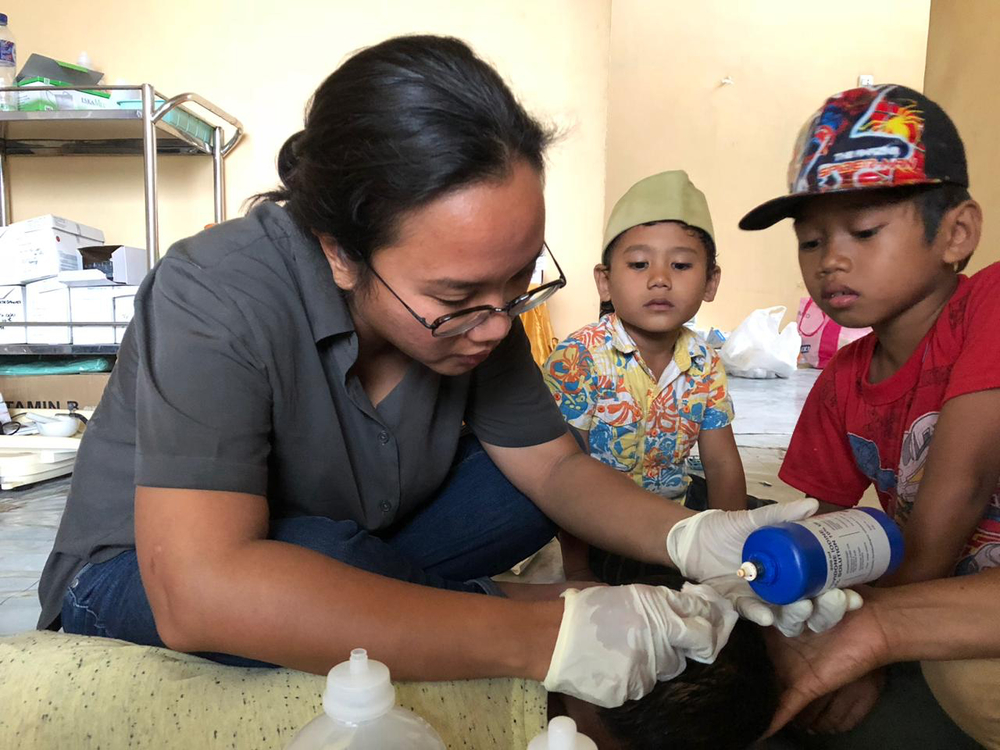 Sri Harjanti Wahyuningsih/MSF
Dr. Rangi Wirantika is seen here dressing the wound of a 4-year-old boy named Adam. He got wounded on the head as he was fleeing during the earthquake and tsunami in Central Sulawesi, Indonesia.

In these few first days, the team, together with the communities, managed to access the medical stock in a damaged clinic and transferred the stock to a neighbouring house in order to restart medical consultations and the delivery of medication.

“Until today [October 11], we still see patients with closed fractures due to the impact of the earthquake. We have been working closely with the Health Agency, and our mobile clinic team travels every day to provide health services access for these patients,” said Dr. Rangi Wirantika, one of the doctors in the field.

Two local psychologists will soon join the team to provide mental health care to medical staff of the health centres and to the most affected members of the population. 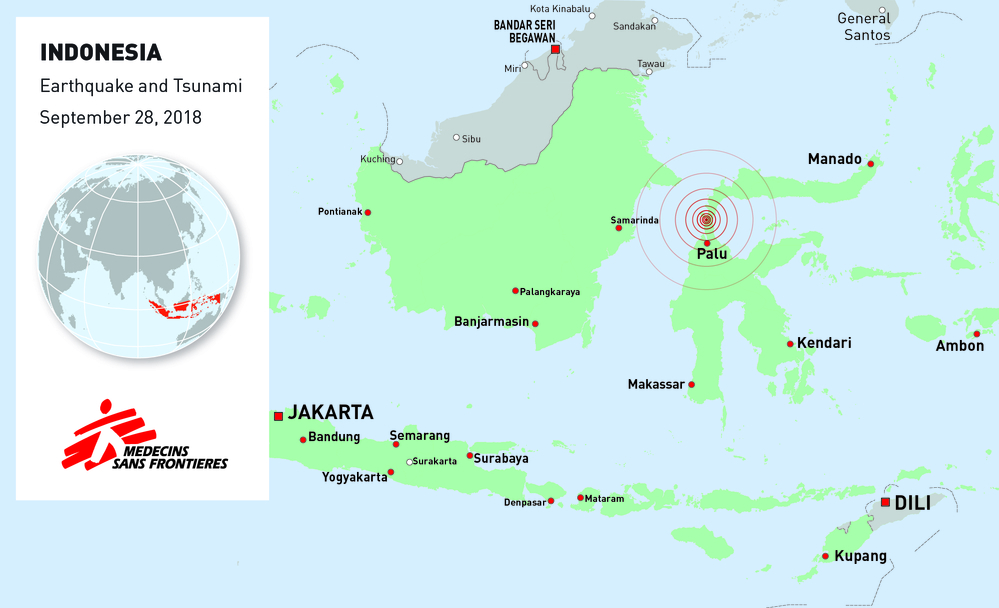 "The affected communities have limited access to clean water, which is important to reduce the risk of possible epidemics. In some areas,  people have to walk up to two kilometres just to get water," said Timothius SP Benu, MSF's water and sanitation specialist.

The main goal will be to ensure that the population has access to safe water, by repairing or cleaning the existing sources (i.e., hand pump or wells) or setting-up temporary solutions such as water tanks and water treatment systems.

While conducting these activities, the team will continue to assess the needs in the surrounding areas and will respond according to possible needs.

In the video below, Daniel Von Rege, MSF's head of mission in Indonesia, describes what our teams, which include medical, logistics and water/sanitation personnel, will be focusing on in the immediate term. “We will be looking at primarily geographical and technical areas. What we will be looking at is the primary health care facilities that are damaged and destroyed, secondary healthcare and facilities that might need more supply or technical support, also we are going to be looking at the supply of clean water as this is essential to reduce the spread of epidemics.”