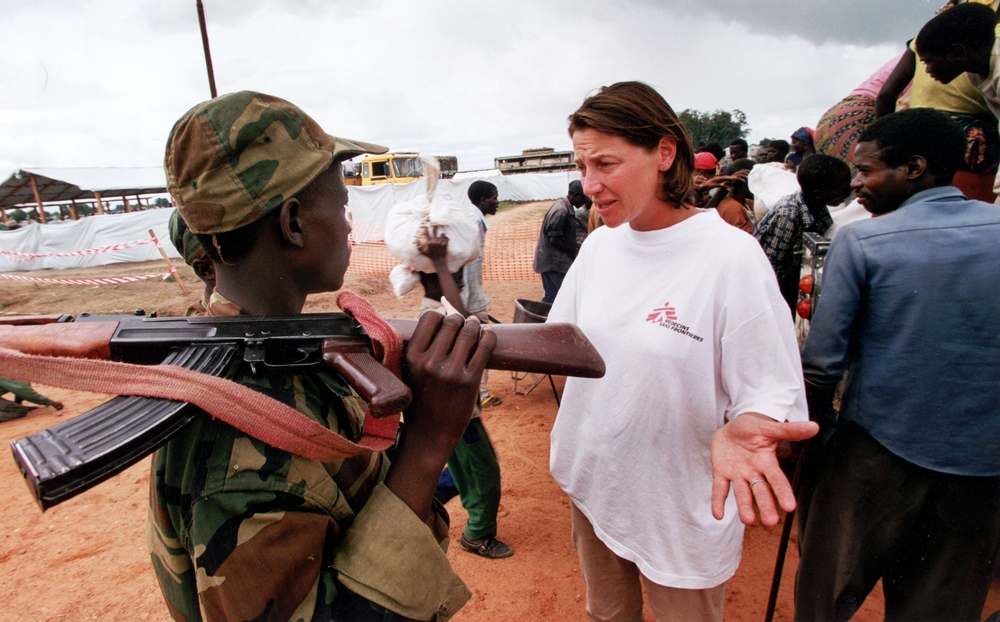 Neutrality vs. impartiality: What’s the difference?

For Doctors Without Borders/Médecins Sans Frontières (MSF), neutrality is not the same as staying silent. It’s nuanced and even controversial. MSF reserves the possibility to speak in public about massive human rights violations and crimes of humanity, including genocide. Impartiality reminds us that all individuals are equally susceptible to suffering, and no one should be deprived of the assistance he or she needs.

For MSF, being impartial means we only consider a person’s humanitarian needs, not who they are. We do not discriminate according to nationality, race, gender, identity, religious beliefs, class or political opinions. Neutrality, on the other hand, means not taking sides. In practice, however, MSF has sometimes felt compelled to do exactly that: After witnessing some of the atrocities of the 1994 genocide in Rwanda, for example, we called for military intervention to stop the perpetrators.

Fiona Terry, a former head of mission of MSF in Rwanda and author of an MSF discussion paper called The Principle of Neutrality: Is It Relevant to MSF?, located neutrality in its historical context. The concept gained currency in 19th-century Europe when wars were fought on specific battlefields and combatants were easily distinguishable from non-combatants. A third party, with confidence from both sides, could play a neutral role in the middle to give care to those wounded and not in combat. Neutrality is also intended to shelter relief organizations from hostilities.

MSF still endeavours to use the classic tools of neutrality and impartiality to access and deliver assistance. But in her paper, Terry highlights the contradiction between claiming strict neutrality while adhering to the notion of medical action and acting “without borders.” This puts the needs of people (and the importance of speaking out on their behalf) above strict definitions of principle. MSF will violate its own neutrality in situations where remaining neutral is morally reprehensible.

Adhering to MSF’s principles of neutrality and impartiality is a daily effort and assertion. In every instance of MSF’s medical humanitarian action, we must continually ask if our core values are being compromised, and whether that is acceptable. Our fundamental purpose remains to alleviate suffering and to assist anyone in need who cannot access care, even as the world continues to shift around us.