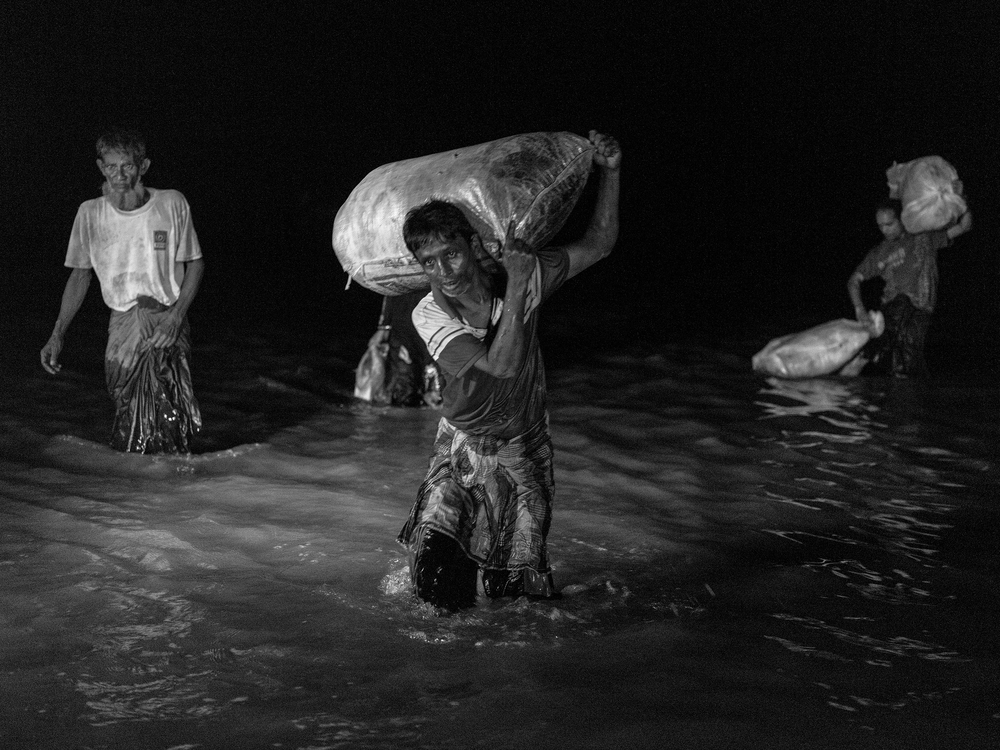 'No One Was Left': An MSF special report on violence against the Rohingya in Myanmar's Rakhine State

A new report from Doctors Without Borders/Médecins Sans Frontières (MSF), No One Was Left: Death and Violence Against the Rohingya in Rakhine State, Myanmar, summarizes in detail the testimony of Rohingya patients in Bangladesh who fled ethnic violence in Myanmar.

In the early hours of August 25, 2017, the Myanmar military launched “clearance operations” in Rakhine State, ostensibly in response to coordinated attacks by Rohingya armed groups on Border Guard Police outposts.

This resulted in an estimated 688,000 mainly Rohingya people from Rakhine State fleeing into neighbouring Bangladesh. The speed and scale of displacement resulted in a critical humanitarian emergency; together with previously displaced people, this took the total number of Rohingya in Bangladesh to more than 900,000.

The majority of these people are now living in extensions to pre-existing camps and pre-existing makeshift settlements, in spontaneouslyformed new settlements, and amongst the host community in Cox’s Bazar district. Since August 25, a number of patients from different areas of Rakhine State have shared with Doctors Without Borders/Médecins Sans Frontières (MSF) accounts of widespread violence targeting Rohingya, including raids on houses and villages, random and indiscriminate shootings, the deaths of relatives or neighbours after being shot or stabbed, dead bodies littering their escape route, widespread destruction and sexual violence. In November 2017, MSF conducted a total of six health surveys in Cox’s Bazar district which aimed at quantifying the current scale of the emergency by assessing factors including levels of mortality over time. Findings show that the Rohingya have been targeted, and are the clearest indication yet of the widespread violence that started on August 25. MSF has also routinely collected accounts by refugees who recently arrived in Bangladesh to better understand the circumstances of their flight and the patterns of violence to which they have been exposed. MSF estimates that at least 9,400 people lost their lives in Myanmar between August 25 and September 24, of whom at least 6,700 died due to violence. At least 730 children under the age of five are estimated to have been killed. While the speed and scale of displacement alerted the international community to the severity of events, MSF mortality data indicates that violence reached an unprecedented level in the month following August 25, 2017. This contrasts sharply with official statements from the Myanmar authorities denying any wrongdoing in Rakhine State, and underestimating casualties caused by the so-called clearance operations.

Injuries treated by MSF staff, accounts from newly arrived refugees and results from MSF health surveys all point to the excessive use of force by Myanmar security forces, by groups affiliated to the security forces and by Rakhine mobs, and to the widespread use of violence against the Rohingya population. This violent persecution has resulted in high mortality amongst the Rohingya population in Myanmar, and has led to the forced displacement of those who survived it.

Now, MSF has released a report, No One Was Left: Death and Violence Against the Rohingya in Rakhine State, Myanmar,  summarizing the health survey results and painting a picture of the violence that led to the Rohingya refugee crisis still taking place in Bangladesh. The report is primarily based on the results of the six health surveys that MSF conducted in Cox’s Bazar district in November 2017. The survey results are complemented by the qualitative analysis of testimonies routinely collected by MSF since August, including accounts by MSF patients and their caretakers. Medical data from MSF’s Kutupalong clinic, as well as accounts by patients told to MSF doctors, nurses and midwives, are also included in this report to corroborate findings by direct medical observations.