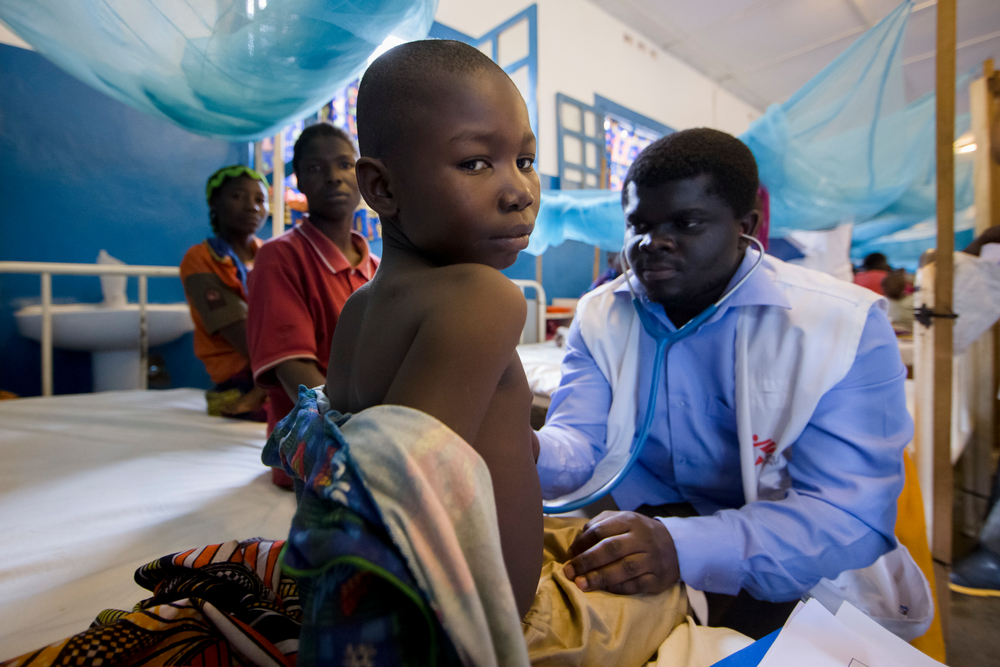 Malaria is the world’s most deadly parasite, killing hundreds of thousands of people and infecting over 200 million every year - mostly children in Africa. This suffering and loss of life is all the more tragic as malaria is preventable and treatable. Doctors Without Borders/Médecins Sans Frontières (MSF) treated 2.4 million cases of malaria in 2018 in some of the most at-risk, hard-to-reach parts of the world.

According to the World Health Organization, approximately 3.2 billion people (nearly half of the world’s population) are at risk of malaria, and 95 countries and territories have ongoing malaria transmission. Some groups are at higher risk of contracting malaria, and developing severe disease, than others – including infants, children under five years of age, pregnant women, and people living with HIV/AIDS.

Suffering and loss of life from malaria are tragically unnecessary because the disease is largely preventable, detectable and treatable.

Malaria is a parasitic infection transmitted from person to person by the bite of infected female Anopheles mosquitoes. These mosquitoes usually bite from dusk to dawn.

Malaria begins as a flu-like illness, with symptoms first occurring nine to 14 days after infection. Symptoms include fever (cycles of fever, chills and sweating may develop), joint pain, headaches, vomiting and convulsions. Coma may ensue.

If simple malaria is left untreated, it can become severe — around eight million malaria cases progress to severe malaria annually. Death from malaria may be due to brain damage (cerebral malaria), or damage to vital organs. The reduction of red blood cells can cause anemia.

Diagnosing malaria is done with rapid dipstick tests or by looking for the parasite under a microscope in a blood smear. However, rapid tests are not always available, and microscopy is not always straightforward. As a result, diagnosis based on symptoms is still normal in much of the developing world.

This means patients are often misdiagnosed and the real reasons for their symptoms go untreated. It also means that anti-malarial drugs are overused and go to waste when they are desperately needed.

The most effective treatment for malaria is artemisinin-based combination therapy (ACTs). ACTs have low toxicity, few side effects and act rapidly against the parasite.

Today, 41 out of 54 African countries have protocols that recommend ACTs as a first-line treatment for malaria. But in many places where MSF works, ACTs are scarce. The global need for ACTs is estimated to be at 300 to 500 million treatment courses per year, however, in 2006, drugs for less than 90 million treatments were purchased.

A three-day course of anti-malarial pills for a baby can cost as little as 32 cents.

Long lasting insecticide-treated bed nets are an important means of controlling malaria. In endemic areas, MSF distributes nets to pregnant women and children under the age of five, who are most vulnerable to severe malaria.