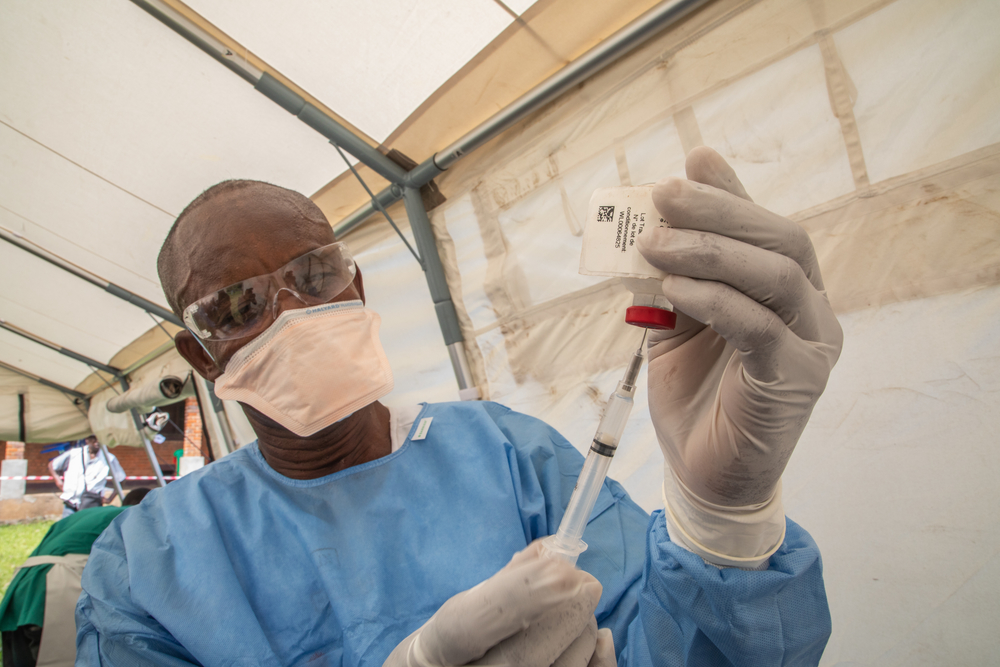 Doctors Without Borders/Médecins Sans Frontières (MSF) has launched a petition calling on the government of Canada to ensure that medical research and development (R&D) carried out with public funds — including the more than $1-billion Canada has already committed to the search for vaccines, medicines and other health technologies related to COVID-19 — be safeguarded for public health priorities.

That’s because, despite the millions of taxpayer dollars spent each year in Canada to fund medical R&D in government laboratories, universities and other institutions, the outcomes of that funding almost inevitably become the intellectual property of private pharmaceutical corporations, whose priorities are to generate profits, not to meet public health needs.

This matters. Many of the medical R&D initiatives funded by governments, not only in Canada but around the world, are for essential medicines and treatments urgently needed for neglected diseases and health crises. By investing public money in R&D but leaving the outcomes to private industry to produce and distribute, governments are helping make it more likely that these essential medicines will be either inaccessible of unaffordable to the health systems and patients who need them most.

As governments around the world commit huge sums of public money to the pursuit of COVID-19 vaccines, treatments and diagnostics, it is worth considering another time when Canada funded the development of a vaccine for a different deadly disease: Ebola.

Just over five years ago, the world’s largest-ever Ebola outbreak claimed thousands of lives in West Africa. Between 2014 and 2016, an epidemic that began in Guinea and soon spread to neighbouring Liberia and Sierra Leone sparked a global panic as the viral hemorrhagic fever evaded initial attempts to bring it under control. Ebola is highly contagious, and part of what made the outbreak in West Africa so dangerous was that no effective vaccine was available to help stem transmission.

Except that there was an Ebola vaccine: government-funded Canadian researchers at the National Microbiology Lab in Winnipeg had discovered one as early as 2001; they also carried out successful early testing showing it to be effective in animals, and did the work necessary to develop a version suitable for clinical trials. But by 2014, when a vaccine was urgently needed to prevent Ebola deaths and transmission in West Africa – more than a decade after it was first discovered – it was still not available. What happened?

The short answer is that the government of Canada, rather than seeing the development of its discovery through to clinical trials and regulatory approval – and despite having invested significant public funds into the development of the Ebola vaccine – turned to the private sector, licensing the vaccine to a small U.S. biotech firm in 2010 to do the job instead.

The job did not get done. As researchers from Dalhousie University and McGill University outline in a recently published paper, by the time the first Ebola cases were emerging in Guinea four years later, the U.S. firm had made little to no progress on bringing the vaccine any closer to availability. What it did manage to do was to generate significant profits for itself by selling the patent rights to Merck, a large multinational pharmaceutical company, for $50-million, just as the impact of outbreak in West Africa was becoming clear. This was despite having not contributed anything significant to the development of a vaccine that only existed thanks to funds provided by Canadian taxpayers in the first place.

Eventually, clinical trials were able to take place, including in countries affected by the Ebola outbreak. Although Merck had acquired the commercial rights for the vaccine, those trials were also largely funded by the public sector: the World Health Organization and other global partners contributed to trials and testing, including both MSF and the Canadian government (which also donated vials of the initial vaccine from the Winnipeg lab to the WHO). Though still unlicensed, the vaccine was cleared for use on an “investigational” basis in response to the recent deadly Ebola outbreaks in Democratic Republic of Congo — and was finally given regulatory approval in both Europe and the United States late last year.

The two decades that passed between the initial discovery of the Ebola vaccine in a Canadian lab and its approval for widespread use – a span of time that included large-scale Ebola outbreaks and thousands of deaths – is a stark example of how the global medical R&D system is often poorly suited to meeting critical global health needs. Although Ebola first emerged in 1976, there was little financial incentive for private companies to develop a vaccine for it: almost every outbreak of the disease took place in remote areas or in poor countries, and the opportunities for profits were slim. It wasn’t until Ebola became a major international health crisis that there was any real interest in bringing a vaccine to market, and even then it depended almost entirely on the willingness of the public sector to pay for it.

Unfortunately, however, the current medical R&D system is structured around commercial imperatives. Even though governments like Canada’s fund and develop critical medical innovations, it is generally left to the private sector to bring them to market – and to set their price. This in effect means that taxpayers are funding much of the research and work that goes into developing essential medicines, but not seeing the benefit, whether in the form of drugs for neglected global diseases or even affordable prices here in Canada.

This must change. If governments are going to fund medical R&D – and they should, especially for innovations related to neglected diseases or other health crises affecting vulnerable people – they should not simply pass the results on to the for-profit pharmaceutical sector without first ensuring they will be available for public health priorities, and are accessible and affordable to those who need them most.

That’s why MSF is calling on the government of Canada to add critical safeguards to its medical R&D funding, in order to ensure that public funds be used for public health outcomes first. If such safeguards had been in place more than a decade ago, the made-in-Canada Ebola vaccine could well have been put to use much earlier, potentially saving thousands of lives in West Africa and Congo. We must not let the same thing happen with COVID-19 – or with any essential medical research and development being carried out with public funds.

Please sign our petition calling on the Canadian government to do the sensible thing and prioritize public funds for public health. If not, we might not be able to afford the medical breakthroughs that we need the most.