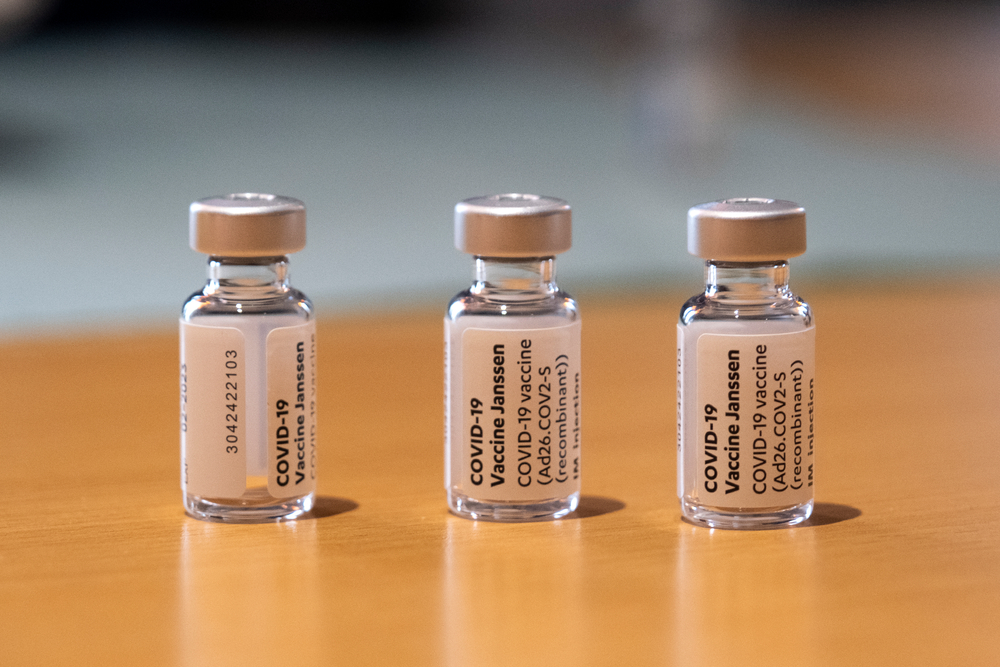 TRIPS waiver: Canada and others must prioritize patients over patents

More than a year since the country’s first recorded death from COVID-19, Canada is at last beginning to witness declining case numbers, as Canadians themselves continue to receive their first and even second doses of vaccine against the virus.

This is excellent news. But while Canada and other wealthy countries that have been able to secure large amounts of vaccine doses for their populations — in the case of Canada, an amount five times the number needed to vaccinate everyone in the country — will soon be able to loosen public-health restrictions intended to curb the spread of COVID-19, most of the rest of the world is not so lucky. Many lower-income countries remain unable to protect even their most vulnerable residents, such as front-line health workers or elderly people, and are not expected to be able to vaccinate their populations before 2023.

Billions of people still at risk

This shocking disparity carries many consequences: not only are billions of people around the world still at risk of getting sick and dying from COVID-19, but as the virus continues to spread it will also continue to evolve, making it more likely that we will see the emergence of deadlier and more transmissible variants, against which even Canada’s well-vaccinated population may not necessarily be protected.

The main driver of inequitable global access to vaccines is the fact that the world’s supply of vaccine doses remains extremely limited — and efforts to increase them are being blocked to protect the the profitable business model of the pharmaceutical companies who own the intellectual property for these medicines.

One clear example is a measure proposed at the World Trade Organization (WTO) last fall that would allow member states to legally scale up manufacturing of urgently needed COVID-19 vaccines, diagnostics and therapeutics by temporarily waiving the intellectual property on those products until the global pandemic comes to an end. This measure has been continually blocked, opposed or simply delayed by many of the same wealthy countries who have already secured the vaccine doses they need — including Canada.

The proposal — known as the TRIPS waiver, in reference to the WTO’s agreement on Trade-Related Aspects of Intellectual Property Rights — will not on its own increase the world’s supply of COVID-19 vaccines to protect those at most immediate risk. But it is an absolutely necessary step toward containing this global pandemic and alleviating its deadly impact on some of the world’s most vulnerable people.

Those opposed to the waiver say it will deprive vaccine manufacturers (and other pharmaceutical companies making COVID-19-related health technologies) from recouping their investment costs, and will deter them from spending on much-needed additional research and development (R&D). But given that it was government funding from around the world that paid for most of the R&D into COVID-19 vaccines in the first place, essentially removing the risk for the pharmaceutical sector, this argument is at best misleading and on the whole extremely disingenuous.

Doctors Without Borders/Médecins Sans Frontières (MSF) is calling on WTO member states — including Canada — to stop delaying and approve the TRIPS waiver as soon as possible.

To explain more about why, and what is currently happening with the TRIPS waiver proposal, we’ve shared the following Q&A:

What is the TRIPS waiver?

In October 2020, South Africa and India submitted a landmark proposal to the World Trade Organization (WTO) requesting that countries be allowed to waive certain intellectual property rights related to COVID-19 vaccines, diagnostics and therapeutics — under the Agreement on Trade-Related Intellectual Property Rights, or TRIPS — until the majority of the world’s population receives effective vaccines and develops immunity to COVID-19.

What does intellectual property have to do with COVID-19?

The pharmaceutical companies that own most of the world’s currently approved and available COVID-19 vaccines and other health technologies hold the intellectual property on those products, which means they have a monopoly over who can produce them.

There has been little transparency around the terms of the bilateral purchase agreements these companies have already made with individual governments (making it impossible for other countries, especially lower-income ones, to effectively negotiate affordable deals for themselves).  But what we do know is that the available global supply of vaccines today is limited, since they can only be produced by the pharmaceutical companies who own the intellectual property on them, or by other manufacturers the companies choose to licence them to. While manufacturing capacity has increased over the past year, what hasn’t changed is where vaccines are being produced, and today most countries are heavily dependent on exports from a small number of countries that are producing vaccine doses.

The TRIPS waiver would make it legally possible for WTO member states to waive those intellectual property rights and begin manufacturing vaccine doses themselves. This would not on its own immediately address today’s huge gap in vaccine access around the world, but it would help remove one of the barriers to increasing global vaccine manufacturing capacity, without which we cannot even begin to meet the world’s urgent need for widely available vaccine doses — 11 billion of which are needed within the next year if the COVID-19 pandemic is to be contained.

Won’t waiving intellectual property rights on these medicines penalize companies who have invested in developing the vaccines we need, and deter them from developing more?

This is among the myths being advanced by opponents to the TRIPS waiver. Every pharmaceutical company who has developed an approved COVID-19 vaccine has done so thanks to massive financial support and investment from governments around the world, which has removed the risk burden from companies — and yet with few conditions having been attached to that funding, those companies now own the intellectual property that was essentially paid for with public money. That means they are free to sell vaccines (which are needed by the entire world in order to bring this global pandemic to an end) at the prices and terms they see fit, even to governments that helped pay for them in the first place.

The response to the TRIPS waiver from the pharmaceutical industry has been that they are willing to voluntarily work with governments and others to increase supply and access to vaccines, and so a waiver is both onerous and unnecessary — but thus far their demonstrated willingness to license their patents and permit other manufacturers to produce their vaccines has fallen far short of scaling up to the level needed to end this pandemic.

Has the waiver been agreed to by WTO member states?

No. More than 100 countries have indicated their support for the TRIPS waiver, and 68 countries (including many lower-income countries) have co-sponsored the proposal. But several members states, primarily higher-income countries, are either opposed outright or unwilling to offer support.

On May 5, the United States’ trade representative announced American support for waiving intellectual property protections on COVID-19 vaccines (but only vaccines), saying the US will actively participate in WTO text-based negotiations, which was a significant step towards global support for the waiver. At a formal meeting of the WTO’s TRIPS council on June 8-9, member countries agreed to move ahead with negotiations on the waiver when the General Council meets on July 21-22. This is a positive step, but it has so far taken nine months simply to agree to negotiate on this, when time is of the essence to save lives and end the global pandemic.

What is MSF calling for?

MSF has time and again witnessed how monopoly rights granted to pharmaceutical corporations have impeded access to lifesaving medicines, vaccines, diagnostics and other health technologies. These barriers continue to undermine healthcare providers’ ability to respond to health challenges, such as HIV/AIDS, drug-resistant tuberculosis, hepatitis C — and now the COVID-19 pandemic.

That is why we are urging countries to adopt the TRIPS waiver as quickly as possible. The waiver is not a complete solution to scaling-up and diversifying COVID-19 vaccine manufacturing to address the supply shortages, but it clears space and removes legal barriers to focus on the many other barriers. We emphasize that any waiver must encompass not only vaccines but other tools, like therapeutic drugs, diagnostics, and medical devices like ventilators, as well as components and equipment needed to make vaccines.

MSF has also denounced the tactics used by some governments that have sought to evade and delay instead of agreeing to start formal negotiations on this critical waiver at a time when COVID-19 has already killed more than 3.5 million people across the globe and there are stark inequities in access to COVID-19 medical tools.

Where does Canada stand on the TRIPS waiver?

Canada’s position during the discussions around the TRIPS waiver has been one of indecision – never formally rejecting it, but continually delaying discussions by repeatedly emphasizing the need to first hear about specific, concrete intellectual property challenges (something it did not do in adopting its own domestic measures to tackle intellectual property barriers) rather than acting on implementing solutions. Canada did not participate in text-based negotiations until June 2021.

Canada has also sought to evade the waiver proposal by repeatedly raising alternatives that have failed in the past. One such alternative is the TRIPS Article 31bis mechanism, which in Canada is operationalized by Canada’s Access to Medicines Regime, or CAMR. Canada has repeatedly referenced this as an example of an existing flexibility that countries could use in the context of the COVID-19 pandemic instead of the TRIPS waiver. In practice, however, it is Canada that has proven the greatest roadblock in even attempting to use Article 31bis in response to COVID-19, in part by failing to add pharmaceuticals (including vaccines) for COVID-19 to Schedule 1 of Canada’s Patent Act, making them eligible for compulsory license, manufacture and export.

What is MSF’s message to Canada’s government?

MSF is calling on Canada to drop its own delay tactics and to immediately support the TRIPS waiver.

We have brought this message directly to Canadian decision makers, including by telling members of the Parliamentary Standing Committee on International Trade in May that Canada must support the TRIPS waiver.

At the same time, MSF has stated that Canada must also take the necessary first step of adding COVID-19 vaccines and drugs to Schedule 1 of the Patent Act — a point we have also raised directly with François-Philippe Champagne, Canada’s Minister of Innovation, Science and Industry, and Patty Hajdu, Canada’s Minister of Health, in a statement addressed to both ministers earlier this month. While MSF does not believe that TRIPS Article 31bis or CAMR are effective tools at the best of times, let alone sufficient in this pandemic, Canada’s failure to even list COVID-19 medical items in Schedule 1 means Canada is the single greatest roadblock to utilizing the very tools it has promoted at the WTO.

MSF is also calling on Canada to take specific action on placing lives ahead of profits by ensuring that Canadian public funding for medical R&D is used to maximize public health, rather than the returns of private pharmaceutical companies.

Each year, Canada invests millions of publicly funded dollars on health research and development, but places no conditions on the recipients of this funding to make sure that the resulting medicines and other health tools will be available, accessible and affordable to those who need them most — in Canada or around the world.

Instead, health innovations developed with Canadian public funds are allowed to become the intellectual property of pharmaceutical companies, who benefit from Canadian financing and yet are still able to charge whatever price they want — even to Canadians who helped pay for them in the first place.

Tens of thousands of Canadians have already joined MSF in demanding that Canada insist that any federal funding or licensing agreements for new health technologies come with conditions that put lives over profits by serving public health, not commercial interests.