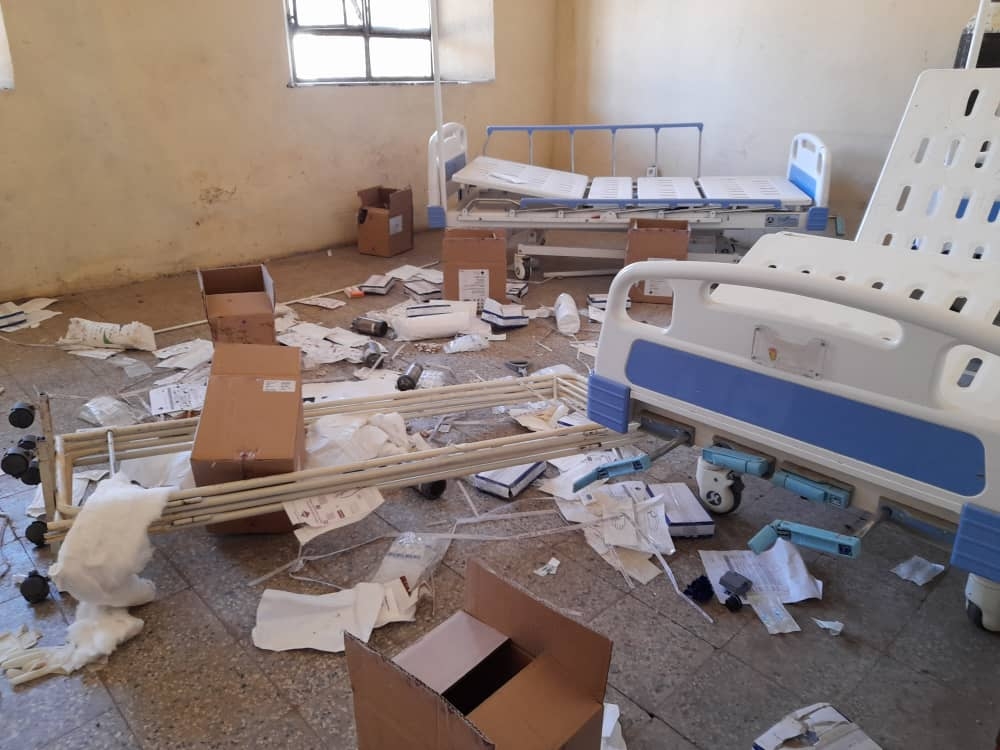 Five years ago, as a hospital in Kunduz, Afghanistan lay gutted from aerial bombardment, the United Nations Security Council adopted Resolution 2286. This resolution, passed on May 3, 2016, was specific and unequivocal about ending impunity for attacks on medical personnel and facilities in conflict situations. It seemed to signal a global political shift that would resurrect existing legal norms – notably international humanitarian law – and sharpen their teeth. Yet today – five years after this landmark resolution – attacks against healthcare continue with impunity around the world. This is particularly true in Ethiopia’s Tigray region since conflict erupted in November 2020. Today, most of Tigray’s health system lies in ruins, vandalized and looted by soldiers. The destruction is so thorough that, during my recent five-week assignment in Tigray, I did not find a single room in a single health facility outside the major cities that was not ransacked. Many remain that way with medicines and needles dumped on the ground, examination beds flipped over, patient records pulled off their shelves, windows broken and ambulances burned or stolen. I stood in rooms, at times with threatening messages scrawled on the wall, feeling the malicious intent behind the systematic elimination of an entire people’s fundamental right: the right to healthcare. 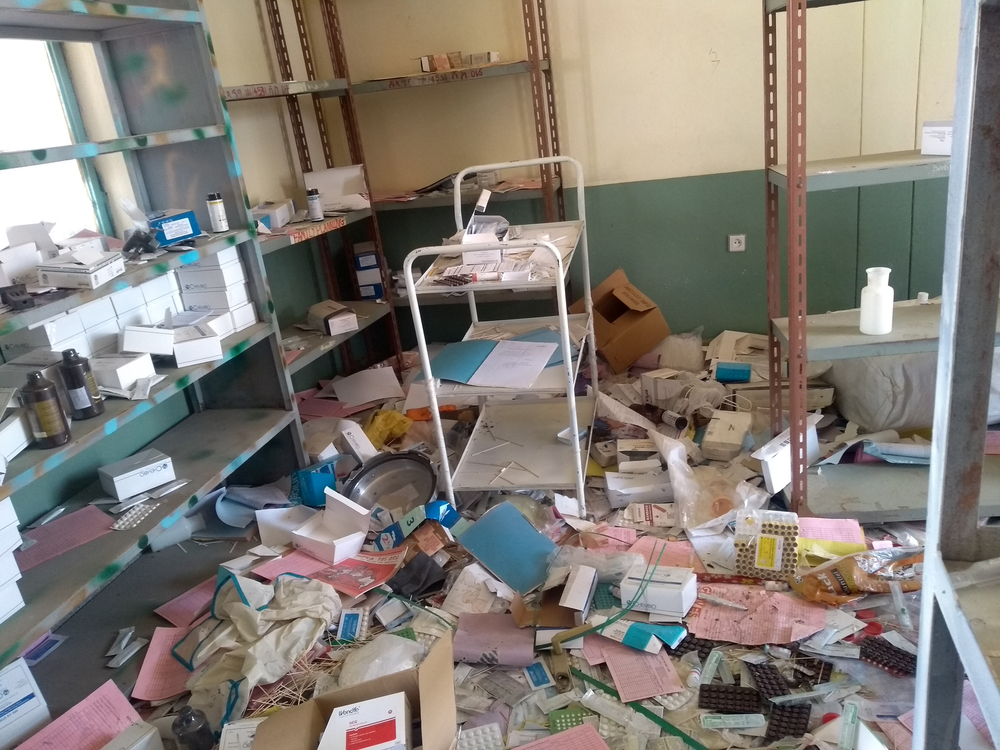 MSF
Many health facilities in North-western Tigray haven been looted and vandalized, like this clinic in Debre Abay.

One in five health centres visited by MSF teams in Tigray has been occupied or controlled by soldiers. We heard reports that some health staff have been killed. Many others are too frightened to return to their posts. There is effectively no healthcare in the rural areas of Tigray beyond the emergency aid of MSF and a few other humanitarians and courageous government health staff.

"During my recent 5 week assignment in #Tigray, I did not find a single room in a single health facility outside the major cities that was not ransacked."

This is no secret. Already in mid-March, MSF publicized the extent of the obliteration of health facilities across Tigray. Only 13 per cent of facilities MSF visited were functioning normally. The United Nations itself has publicly acknowledged the “vandalizing and looting” of health centres, the “majority [of which are] now out of action.” Unlike many of the atrocities committed in Tigray – among them mass killings, sexual violence, forced displacement and arbitrary detention – for which many governments, including Canada, have rightly called for investigations and accountability, Tigray’s destroyed health system has left a visible, verifiable trail of evidence.

In May 2016, the world’s most powerful states along with 80 co-sponsors put their collective foot down — through Resolution 2286 — insisting even wars have rules and not attacking medical staff and facilities is among the most fundamental. Yet every day my MSF colleagues are running mobile clinics in Tigray amid vandalized and non-functional facilities. The near total destruction of an entire health system has taken place in plain sight with 100 per cent impunity.

However, attacks against #healthcare continue in settings where MSF works including #Tigray.

This is not the only crime taking place in Tigray, or even the most egregious. Crippling the health system is one among many forms of violence military actors have and are still inflicting upon civilians. But it is one governments must pay more attention to if there is any real will to live up to Resolution 2286, and to uphold the right to healthcare and the basic international humanitarian law norm that health facilities and staff are hors de combat. It is also one for which the evidence still lays bare. 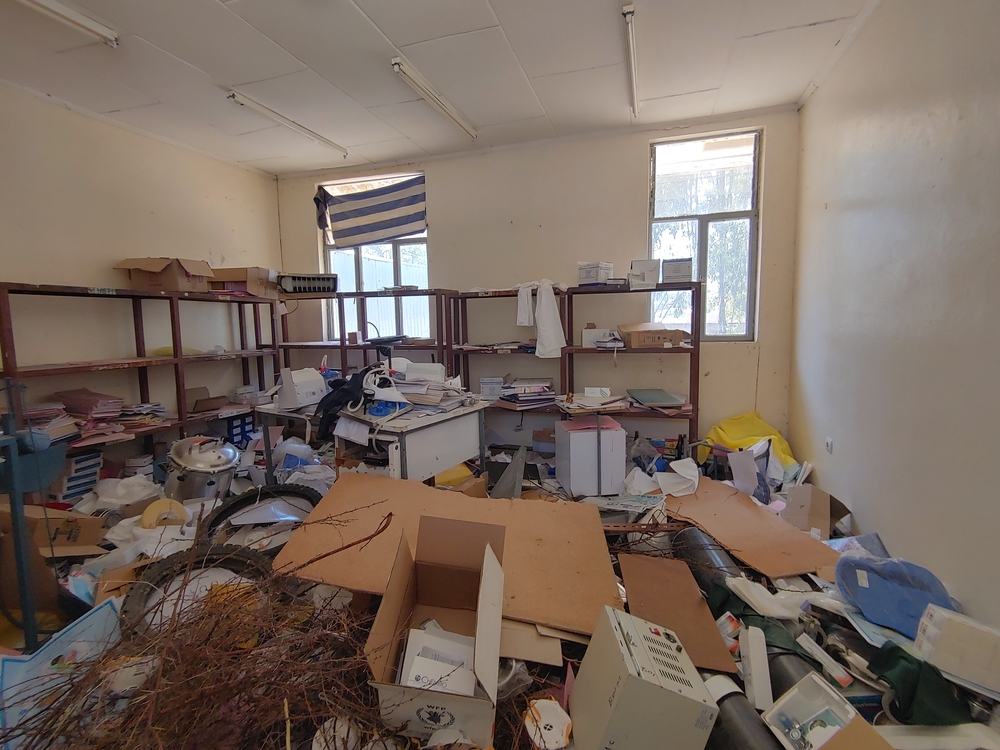 MSF
Image of the Sebeya health centre, in east Tigray, after being looted.

What is unfolding today in Tigray is, unfortunately, not the exception. On Oct. 3, 2015, the US military dropped five bombs on MSF’s hospital in Kunduz, killing 24 patients, 14 staff and four caretakers. Since then, armed forces have attacked hospitals and health staff hundreds of times including in Syria, South Sudan, Yemen, Afghanistan and Central African Republic. According to the World Health Organization, since the bombing of Kunduz, there have been more than 2,400 attacks against healthcare resulting in the death of over 620 health staff and the damage or destruction of 850 medical facilities. Almost always with impunity.

Prevailing notions of state sovereignty make it difficult for states to intervene in the domestic affairs of others, but the failure of the countries that sponsored Resolution 2286, including Canada, to curb these attacks is nearly absolute. Canada and the other signatories can do more by regularly condemning attacks on healthcare and raising the political cost for those committing such crimes. Right now, in Tigray, would be an excellent place to start.