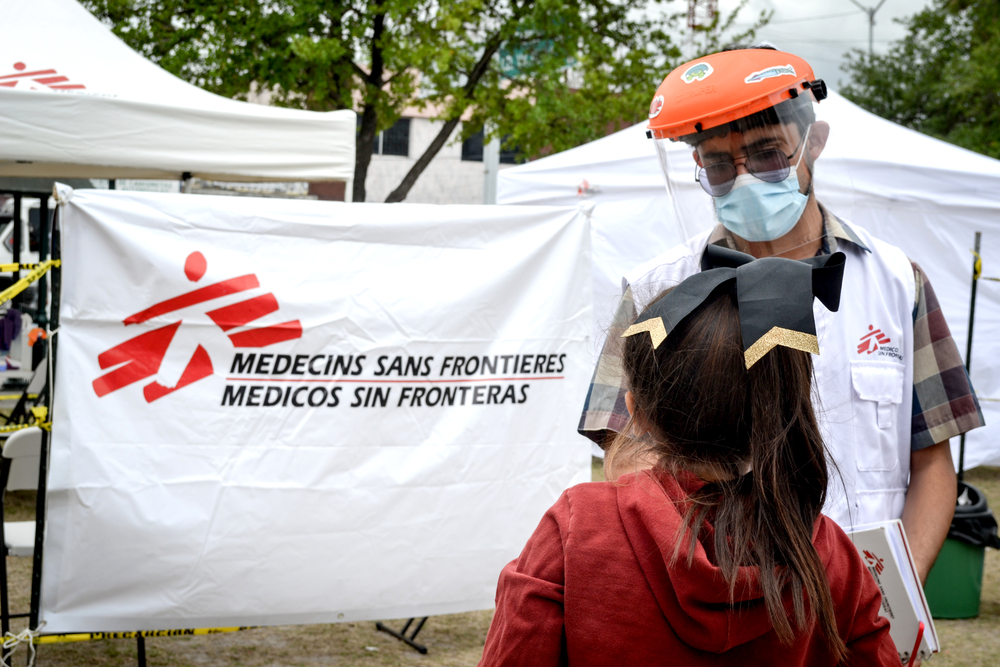 Hundreds of people deported by the United States to Mexico under the Title 42 policy - most of them women and children - are stranded in a public square in Reynosa, Tamaulipas, vulnerable to kidnapping and violence and going without basic necessities, including drinking water, shelter, and health or social services, the international medical humanitarian organization Doctors Without Borders/Médecins Sans Frontières (MSF) said today.

Since February, MSF has been providing medical and psychosocial care once a week to the hundreds of migrants deported back to Mexico under Title 42. They are comprised mostly of families from Honduras, Guatemala and El Salvador, also known as the Northern Triangle of Central America (NTCA), who are currently crammed in the “Plaza de la República” in Reynosa, located in one of Mexico’s most dangerous regions. The plaza is adjacent to the International Bridge, just a few meters from the U.S. border. Over 150 medical, psychological, health promotion and social services can be provided in a day.

“We are seeing mostly families, particularly women traveling alone with their children, who were immediately deported and just left here, in an extremely dangerous city, to sleep in the street and fend for themselves for basic needs,” said Jose Antonio Silva, MSF Project Coordinator in Reynosa. “These people are scared, in an unknown, unsafe city and often traumatized from a harrowing journey through Mexico and from their experience in U.S. custody.”

For the past month, the number of people deported to Reynosa has continued to increase; as of a few days ago, there were approximately 400 people on the public square. Most are migrants who crossed into the U.S. and were directly deported to Mexico under Title 42, a harmful, discriminatory, Trump-era policy that has continued under the Biden Administration. In violation of domestic and international law, the Title 42 policy exploits the pandemic to essentially shut down the border, rapidly blocking migrants and people seeking asylum in order to expel them directly back to Mexico or their countries of origin. 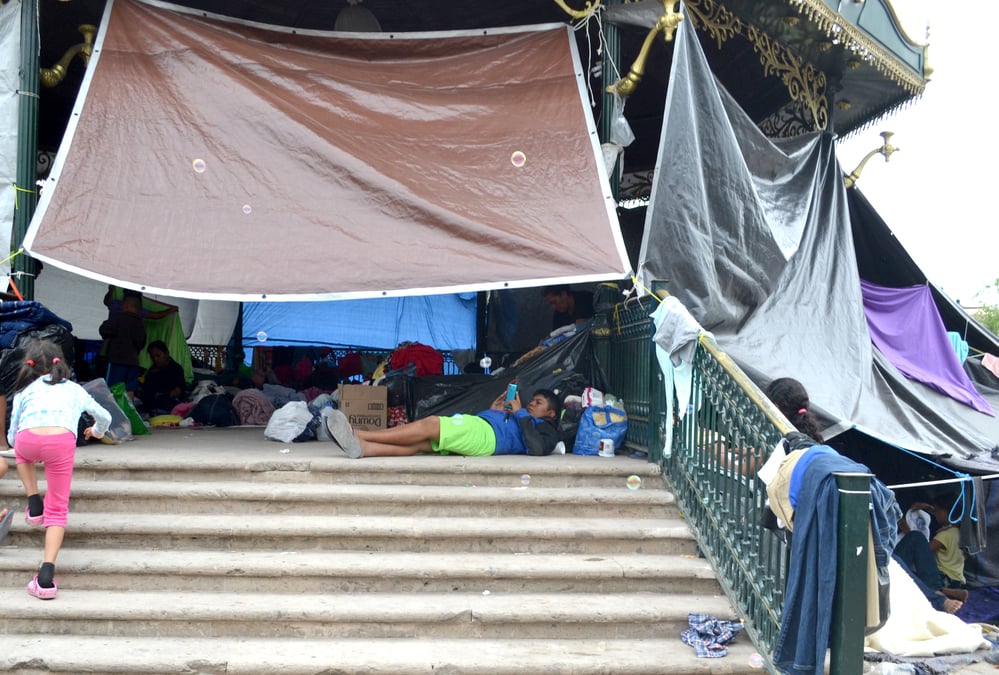 MSF/Clémentine Faget
Hundreds of people deported by the United States to Mexico under the Title 42 policy - most of them women and children - are stranded in a public square in Reynosa, Tamaulipas, vulnerable to kidnapping and violence and going without basic necessities, including drinking water, shelter, and health or social services.

While the Biden administration had pledged to overturn the harmful Trump-era policies and expand pathways for protection in the U.S., it has chosen to continue blocking and expelling asylum seekers and migrants under the pretense of safeguarding public health.

'Little regard to people's health and safety'

“What we are witnessing today in Reynosa is also what we are seeing in other border cities such as Tijuana and Ciudad Juárez,” said Silva. “This is a massive deportation apparatus occurring all over Mexico and in the region, with little regard to people’s health and safety. We are extremely concerned that some of the most vulnerable people are increasingly being deported to Mexico and left without any kind of support.”

The U.S. government has been deporting migrants who do not speak Spanish such as indigenous people or Haitians to Mexico. Other vulnerable groups who have been deported include people who are injured or ill, people traveling with children, teenagers, pregnant women, and lesbian, gay, bisexual and transgender people. All these people are at increased risk of violence due to their particular vulnerability. 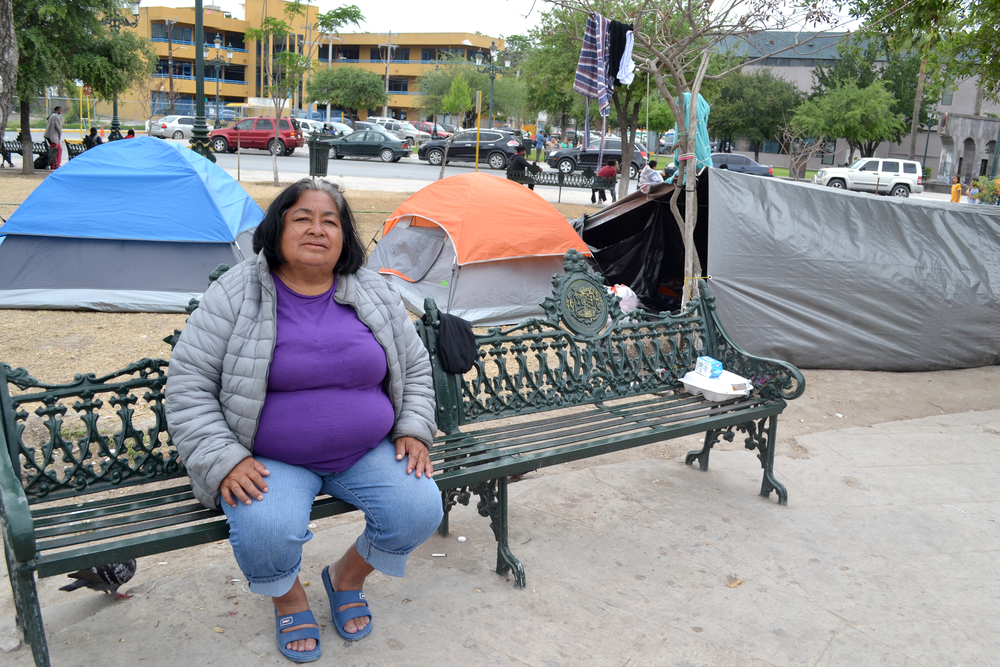 MSF
"I'm Gloria, I'm 57 years old and I'm originally from Guatemala. I never thought I would find myself living in a situation like this in my life, sleeping in the street. I feel like I'm in a nightmare. I lost one child before and I have the feeling that I have lost another one today. It is very difficult, and I’m running out of strength."

“We have reports of people disappearing day and night at the square, which is very worrisome,” said Silva.

At least 492 violent attacks have been reported since President Joe Biden took office on 21 January 2021 - including kidnappings, rapes, torture, threats, robberies and assaults - against people stranded at the U.S. - Mexico border and/or expelled to Mexico, according to the international organization Human Rights First.

MSF mental health teams working with deportees in psychological support groups in Reynosa have observed signs of complex trauma and depression in these patients. They report acute reaction to stress, psychosomatic symptoms such as headache and back pain, hypervigilance due to the insecure location, difficulty sleeping, and fear and anxiety related to their deportation or living in violent and unpredictable conditions.

As the number of people deported by the U.S. continues to climb in these border cities and throughout the region, the government of Mexico is not doing enough to provide essential services and ensure the safety of this highly vulnerable group of people. MSF observes deficiencies in the management carried out by Mexican authorities, due to the overcrowding of shelters and the few State facilities allocated to receive them, including the National System for Integral Family Development (SNDIF, in Spanish) and the Centers for the Attention of Minors at the Border (CAMEF, in Spanish). 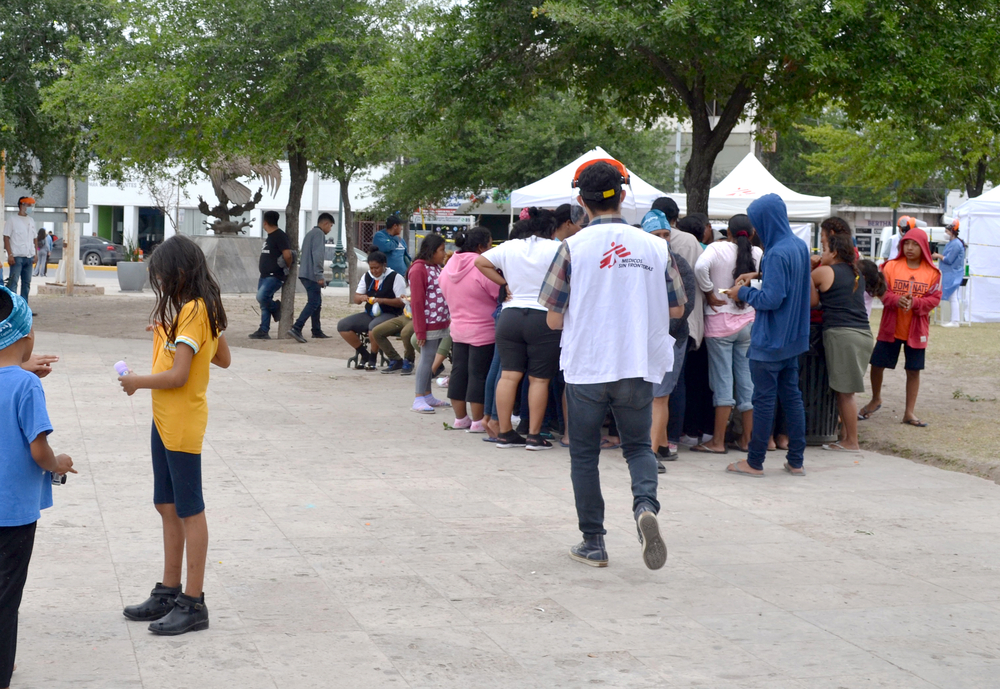 MSF/Clémentine Faget
MSF mental health teams working with deportees in psychological support groups in Reynosa have observed signs of complex trauma and depression in these patients.

MSF calls on the Biden administration to immediately rescind Title 42 and restart the processing of asylum requests at the southern border. Title 42 is an illegal and discriminatory policy that risks people’s lives and sends them back to violence and danger in Mexico and in their home countries.

MSF also urges Mexican authorities to immediately adopt measures to increase capacity for housing, medical care and protection of people in transit in its territory, especially for families and minors.

This should be a priority to prevent the creation of new camps, such as the one that was dismantled not even two months ago in Matamoros, and to allow migrants to travel in safe and dignified conditions.

Given its responsibility in perpetuating the humanitarian crisis along the U.S.-Mexico border, the U.S. government must also support the Mexican authorities and humanitarian organizations responding to rising needs in northern Mexico.