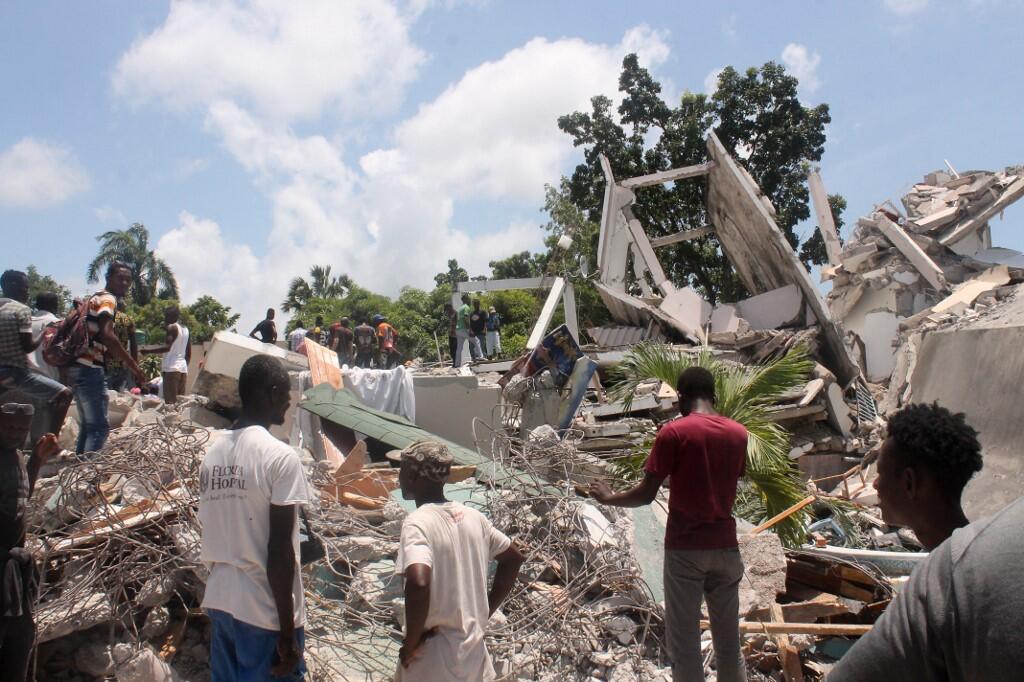 Haiti: initial evaluations and first interventions after the 7.2 magnitude earthquake

Saturday, August 14, at 8:30 am local time, the earth trembled in the southern peninsula of Haiti. A 7.2 magnitude earthquake caused severe damage to buildings, houses, and main access roads in the three provinces of Grand'Anse, Nippes and Sud. The provisional death toll is now nearly 2,000, according to Haiti’s Office for Civil Protection, and more than 9,900 people have been injured as of August 18. These figures are expected to increase in the coming days. Many municipalities in the affected areas remain isolated from the rest of the country, making it difficult to get accurate death and injury counts. 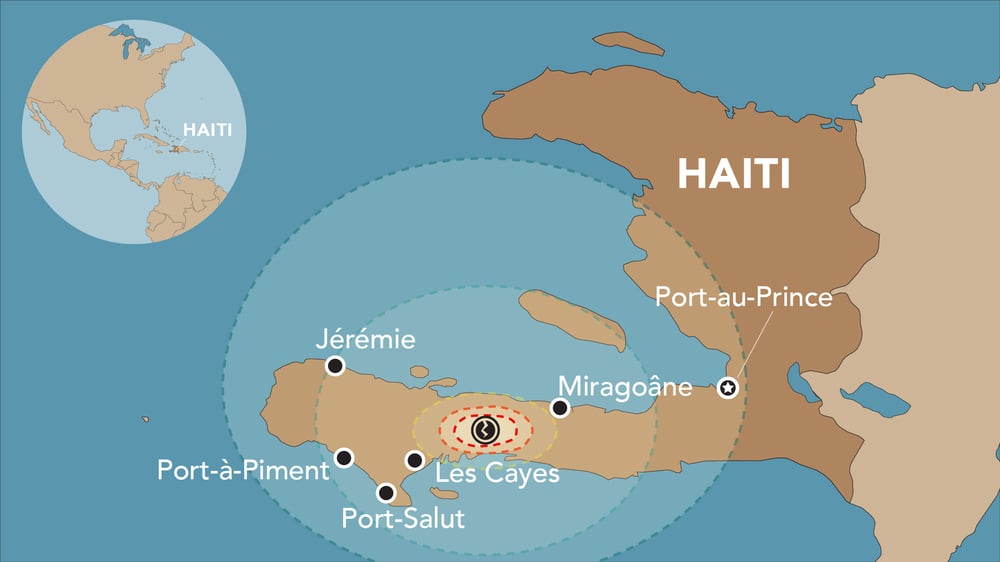 In terms of infrastructure, nearly 61,000 homes were destroyed, and more than 76,000 homes were damaged in the three most affected provinces, according to Haiti’s Office for Civil Protection. This has left thousands of people without shelter and critical structures like hospitals, schools, hotels, churches, and businesses. According to initial assessments by OCHA, 24 health facilities were damaged or destroyed by the earthquake. Many hospitals had to evacuate their patients, and the facilities that continue to function are overwhelmed and experiencing a lack of medical equipment and medicines.

In the first hours after the earthquake, a medical team from our reproductive health project in Port-à-Piment was able to quickly go to the General Hospital of Les Cayes to assess the situation and begin an intervention. Another team was deployed to the Port-Salut Hospital, where 26 wounded have been referred, primarily from Port-à-Piment, Les Anglais and Les Cayes.

In the province of Grand'Anse, a surgical team and sterilization equipment were sent to St. Antoine's Hospital in the city of Jérémie. Meanwhile, in the province of Nippes, material support was given to the Sainte-Thérèse hospital in Miragoâne.

"Our current priorities are, above all else, to get a precise idea of the medical situation and to provide direct care to the injured when we can or to refer them to functional medical structures once we ensure they are stabilised," says Alessandra Giudiceandrea, head of mission for MSF in Haiti.

Several evaluations are currently underway in Baradères, Petit Trou, Les Anglais, Corail and Pestel. Depending on the reality we find on the ground, MSF may deploy other medical teams, start distributing essential items or begin water and sanitation activities.

Whenever they can, MSF’s medical teams help refer the injured to functional health facilities.

The transport of medical teams and equipment is one of the main challenges today. Several roads were cut off, notably those between Les Cayes and Jérémie and between Port-à-Piment and Les Anglais. Landslides, which have damaged access roads, slow down and complicate the deployment of relief supplies and the delivery of aid. MSF will hire a helicopter to gain faster access to remote areas, transport equipment and refer injured people. Travel by sea is also a possibility.

In Port-au-Prince, the earthquake fortunately did not damage any infrastructure or buildings. Our teams, who have been working for several years at the Tabarre Hospital, received 12 injured patients from the earthquake zone. In the Turgeau neighborhood, MSF has accelerated the opening of its activities at the Integrated Diagnosis and Treatment Centre (CDTI), commonly known as the Sacré-Cœur Hospital, in order to be able to stabilise injured patients and refer them elsewhere. In one day, 25 injured patients were received. A blood collection campaign has also been launched to address potential shortages.

In the coming days, other medical teams, including surgical ones, should be able to train and provide reinforcements in several locations in the three most-affected provinces.

Medical supplies, water and sanitation supplies and basic essentials, such as tents, will also be flown to Haiti. Considering the level of the physical destruction, this component is necessary for MSF’s response.