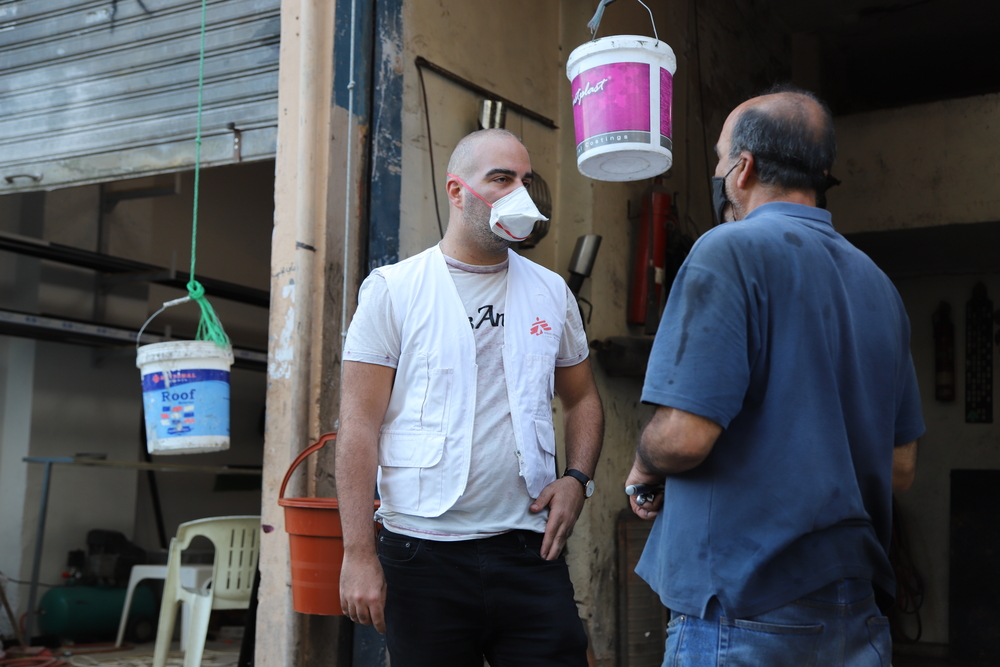 People’s need for mental health support has increased significantly in the two months since a massive explosion hit the city of Beirut. In neighborhoods affected by the blast, two in three patients coming to MSF for mental health consultations have symptoms related to anxiety and depression, with more than half citing the August 4 blast as the cause. Of patients with pre-existing mental health conditions, 82 percent say their symptoms have increased in severity since the explosion[1].

“Two months after the blast, we are seeing an increase in the number of consultations,” says MSF psychologist Sara Tannouri. “Although by now many people have had their physical wounds treated and have secured their basic needs for housing, electricity and water, many still cry at night or are startled by the slightest sound.”

In the immediate aftermath of the blast, many assumed the explosion was an Israeli airstrike on Beirut, retriggering symptoms and panic amongst people who had experienced such airstrikes in the past. 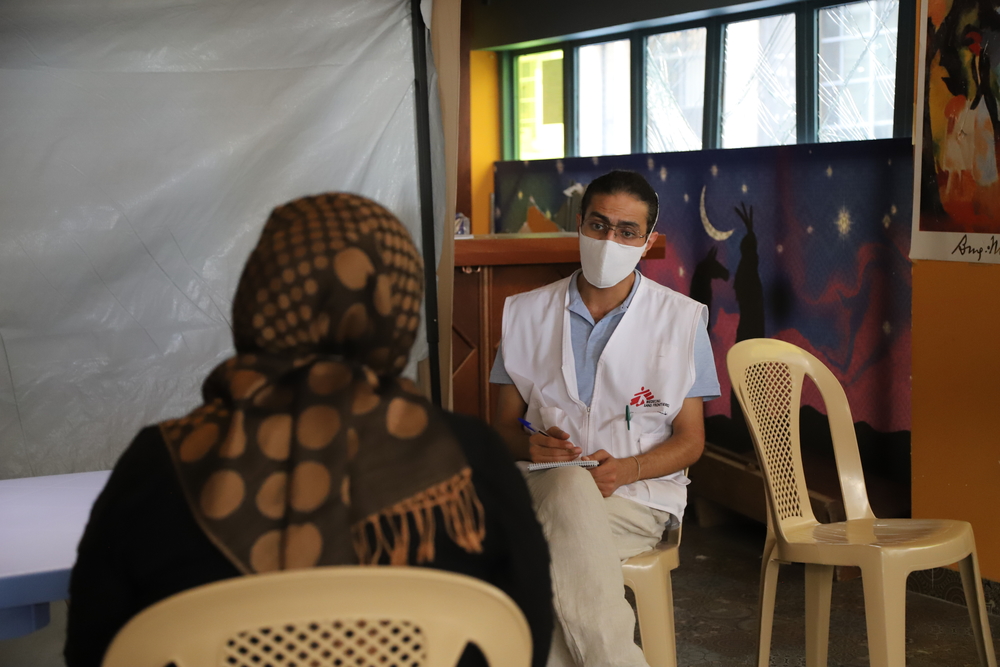 MSF/Tracy Makhlouf
One-on-one consultation between MSF psychiatrist and a patient.

With hospitals in the city quickly overwhelmed by casualties on August 4, some of the wounded had to walk for hours to reach other medical facilities, exposing them to the extent of the damage and the sight of people trapped beneath rubble and of streets crowded with the dead and wounded.

Effect on every generation

One 70-year-old woman, who lost the sight in both eyes after she was hit by debris from the explosion, now regularly says she wishes she was dead. “She keeps saying that it should have been her dying in the blast, instead of the young men and women who lost their lives,” says Tannouri.

Symptoms amongst children seen by MSF include increased physical and verbal aggression and bedwetting. Many older children are fearful of being on their own and insist on sleeping with the light on or in their parents’ bed.

Some children are now bearing responsibilities beyond their age. One young boy had to call his father to come rescue his month who was trapped under a fallen wall

“Some children are now bearing responsibilities beyond their age,” says Tannouri. “One young boy had to call his father to come and rescue his mother who was trapped under a fallen wall.” Another young patient was overcome with guilt after her sister was injured but she was unharmed, while two other young patients have refused to leave their house since the blast for fear of another similar incident.

Tannouri believes that the increase in people seeking mental healthcare is also related to the fact they can no longer rely on support from family and friends, who are themselves overwhelmed by the situation in Lebanon.

Explosion's impact on the community network

“In the past in Beirut, society and communal networks – family, friends, neighbors – would have normally been the first point of informal support for a troubled person,” she says. “Today, these networks are all equally impacted, and people are turning to mental health specialists.”

“What people are going through today is a normal reaction to abnormal events,” says Tannouri. “We must begin to link what is going on in the country with people’s mental wellbeing. From a mental health perspective, people need closure before they can move on. Unfortunately, we often hear from patients that they feel there’s no concrete plan in place to deal with the repercussions of the incident and things are going on as if nothing happened. This is detrimental as it perpetuates their feelings of hopelessness and helplessness.”

To help cover the gaps in mental health services in Lebanon, MSF is currently in discussions with the Lebanon National Mental Health Programme – which is part of the Ministry of Public Health – with the aim of integrating its support within their national plan and ensure a long-term strategy that meets the increase in needs.

“The blast in itself is a traumatic incident that generates its own short-term acute psychological consequences,” says Tannouri. “But if these are left untreated, these could erode people’s psychological wellbeing in the long term. We need to look at mental health as an integral part of a person’s wellbeing. Even if mental healthcare is a specialist area, it must become part of a comprehensive package of care that is accessible to people across Lebanon.”

[1] The statistics on symptoms shared in the press release is based on data from 98 patients whose data was captured between 14 August  and 30 September. 17 of the 98 patients are children (17%).