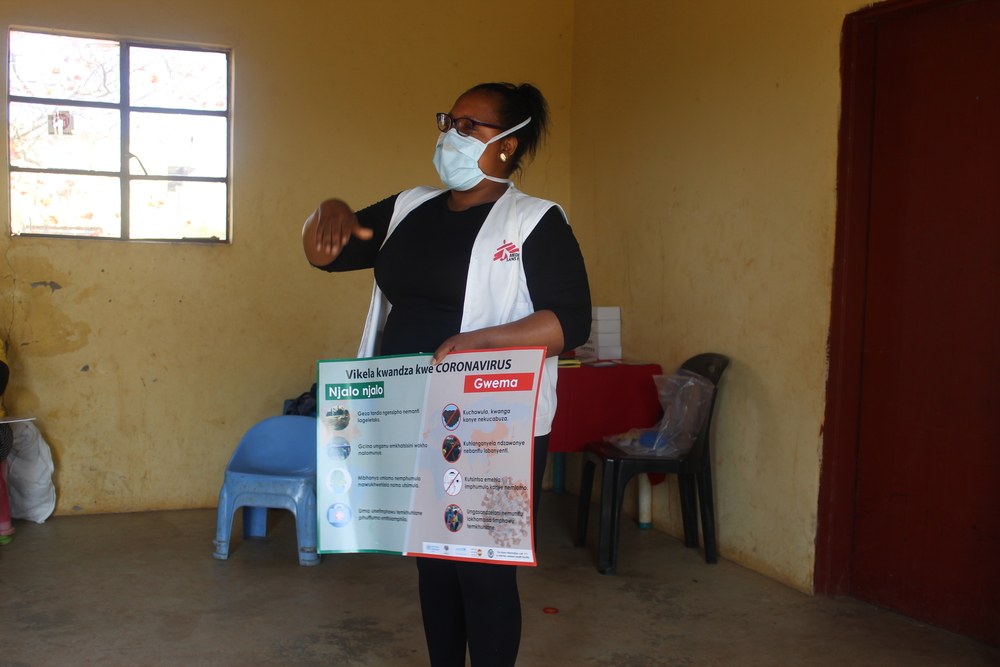 The COVAX facility is a global initiative to facilitate equitable access to COVID-19 vaccines for low-income countries. It is led by Gavi (the Vaccine Alliance), CEPI (the Coalition for Epidemic Preparedness Innovations) and the World Health Organization, but depends on funding from governments around the world (including Canada’s).

Why is it necessary?

The current global system of vaccine development and distribution is a fundamentally commercial enterprise. Vaccines and other essential medicines, even those that are developed with public funding, are the intellectual property of private pharmaceutical companies, who sell them for profit. These sales are often through private bilateral deals with purchasers such as governments or other large providers of health services. This puts lower- and middle-income countries – who must compete with wealthier governments and who can’t afford the same high prices – at a disadvantage, and often leaves them unable to access medicines people urgently need.

This system is deeply inequitable. It is also problematic from a public-health perspective, especially during a global pandemic: If only people in the wealthiest countries have access to COVID vaccines, then the virus will continue both to spread and to evolve. It is therefore necessary to ensure that people around the world who are at highest risk – healthcare workers, the elderly and other groups – have priority access to vaccines, no matter where they live. But because that need cannot be met by the business-as-usual global pharmaceutical system, it was necessary to come up with an alternate mechanism to help distribute COVID vaccines to lower-income countries as soon as possible – as COVAX is intended to do.

How does COVAX work?

The idea of COVAX is to have as many countries as possible pool their resources to make advance purchase orders of vaccines. When these vaccines become available, they can be distributed among all participating countries according to what is needed to vaccinate their highest-risk populations as quickly as possible.

The key is to have both rich and poor countries procure their vaccines in this way, which would increase the purchasing power of the collective. To make this work, COVAX is divided into two streams: one is the Advance Market Commitment —through which financial support from wealthier countries is allocated to help make advance purchases of vaccines that can be distributed to lower-income countries — and the other is for Self-Financing Countries, through which those countries who can afford it place orders for themselves.

What is Canada's relationship with COVAX?

Canada was an early champion of COVAX and was both one of the first wealthy countries to participate and one of its largest donors. By taking part in this way, Canada helped send a signal that (a) equitable global access to vaccines is a priority in a global pandemic, (b) that vaccine nationalism undercuts equitable global access, and (c) that it is possible to operate outside of the traditional, commercially driven way of developing and delivering medicines, and to put public health ahead of profits.

So why have MSF and others been criticizing Canada over COVAX?

The problem is that, in addition to funding COVAX and giving it a much-needed boost by participating in COVAX for its own procurement, Canada is one of several countries that also went outside of COVAX to make its own bilateral purchase agreements with vaccine manufacturers.

These bilateral agreements, made between economically wealthy countries like Canada and pharmaceutical companies, have essentially monopolized the available supply. COVAX itself must now compete for available vaccine supplies with some of its own wealthiest participants, such as Canada – most of whom have signed private deals at terms that cannot be disclosed. This undercuts the very mechanism that Canada is supposedly seeking to support.

Yes. On Feb. 3, COVAX announced its first interim distribution forecast, which lists the number of COVAX-procured doses that will be distributed to participating countries in the first half of 2021. Canada, as a self-financing country, was included, and was allocated 1.1 million doses.

Canada can argue that these are what it should rightly be receiving as a COVAX participant. But those are also 1.1 million doses of vaccines that will not go to countries who have yet to receive a single dose for their own high-risk populations, and who are entirely dependent on COVAX — unlike Canada, which has already circumvented COVAX to get its own supply.

What should Canada do?

MSF is calling on all COVAX-participating governments that have already secured enough doses through their own bilateral deals to cover their WHO-outlined priority populations – governments such as Canada’s, for example – to refrain from drawing upon the scarce COVAX Facility doses in these first phases of COVAX distribution. This is not to say that self-financing countries should not purchase through COVAX at all; in fact, having countries participate as purchasing countries is a good thing because it shows that they are meaningfully invested in seeing the mechanism function. However, we need to recognize that today the availability of COVID vaccines remains limited and the distribution so far has not been exclusively on the basis of risk or need.