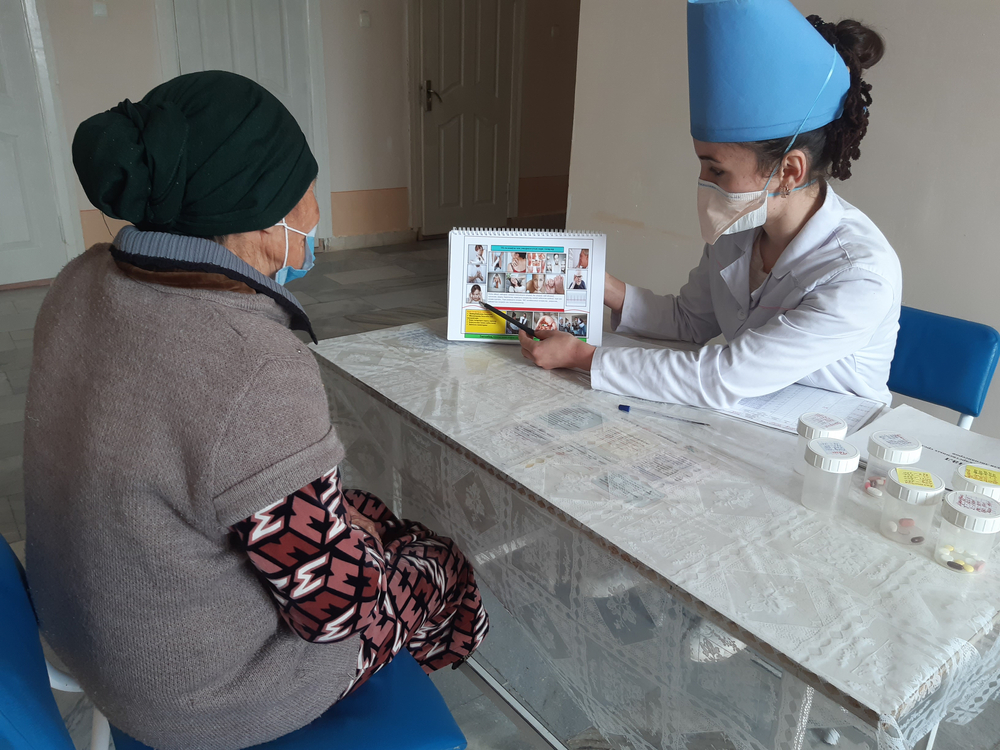 Nineteen-year-old Kundyz, from Karakalpakstan, in northwest Uzbekistan, has been on treatment for multidrug-resistant tuberculosis (TB) for more than eight months. Initially treated in hospital, she later switched to taking her medication at home in the company of a nurse – a method known as directly observed treatment, or DOT. Taking multiple drugs, many with unpleasant side effects, is extremely tough on patients, which is why support is vital in helping them stick to the long course of treatment.

When the COVID-19 pandemic hit Uzbekistan in March last year, the government imposed a strict lockdown. Suddenly, receiving DOT in one’s own home, or in a designated area in a local health centre, was no longer so straightforward.

With travel restrictions in place, a lack of transport options and some health facilities closing their doors, many patients had difficulties reaching a ‘DOT corner’ in a health centre, or were unwilling to travel to one due to fear of catching the virus. Meanwhile health workers found it challenging to visit patients in their homes.

Innovation during a pandemic

But the Doctors Without Borders/Médecins Sans Frontières (MSF) team in charge of Kundyz’s care already had a solution to hand. With so much of the working world embracing video-calls, a move to ‘video directly observed treatment’ – or V-DOT – was a quick and logical step.

Such a move had been planned for some time by MSF and the Ministry of Health; with the onset of the pandemic, they decided to speed it up. The aim was to ensure that patients could continue their TB treatment uninterrupted throughout the pandemic while staying safe within their homes. 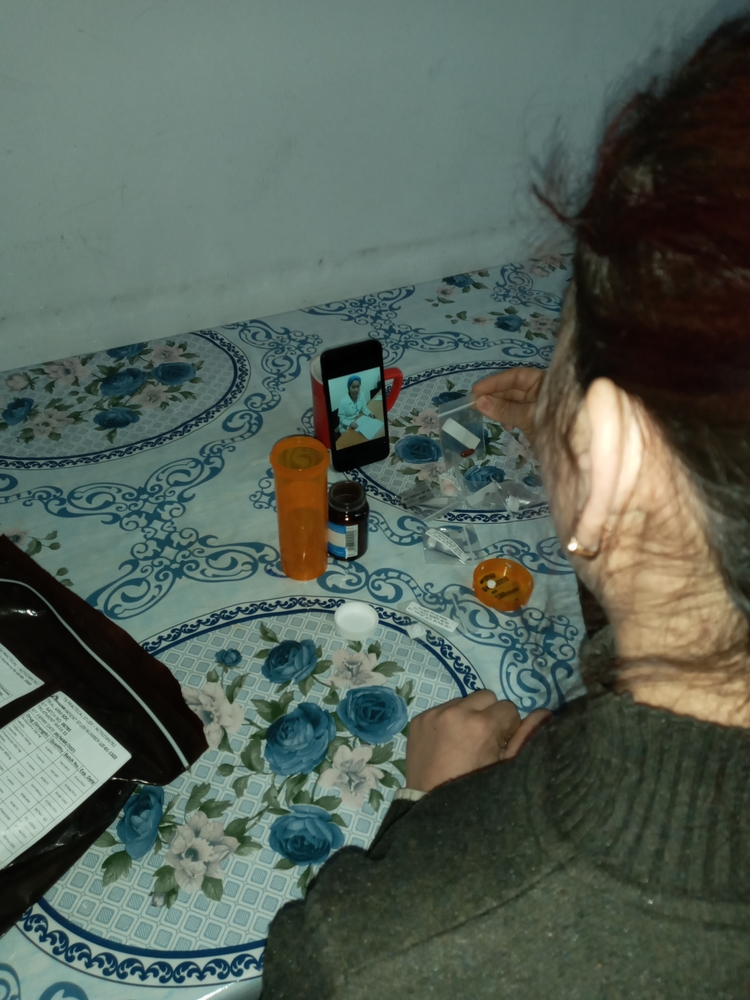 Medical staff were trained and patients were selected, prioritizing those on home-based treatment or living in remote areas. One of those chosen was Kundyz. She was given a smart phone, data package and training by the MSF team. When she needed to take her daily pills, a nurse was on hand, via video-link, to provide support.

For Kundyz, this new system brought an added advantage. Despite high rates of drug-resistant TB in Karakalpakstan, the disease carries a stigma with it. Every time the DOT nurse visited her home, Kundyz worried about what her neighbours would say.

“It was always challenging for me when the DOT nurse arrived at my home,” says Kundyz. “I was worried that my neighbours would spread gossip. When I was offered V-DOT, I was happy to accept it. I take my drugs early in the morning, do my household chores and I don’t have to worry about any gossip, as this mode of treatment ensures full confidentiality.”

Introducing V-DOT to the community

Not everyone was so quick to embrace the new method. “At the beginning, there was resistance towards V-DOT from some patients and staff,” says MSF’s Dr Ramanpreet Kaur. “Patients were worried about showing their face in a video, due to stigma, and had many concerns about privacy.”

However, after learning more, many patients – particularly the younger ones – were keen to get involved. “After training and dissemination of information, younger patients showed an interest in V-DOT and it eventually became their preferred option,” says Dr Kaur. “But some older patients struggle with the technology and prefer the day-to-day interaction with the nurse.”

Those medical staff who had initially been reluctant soon embraced the new methodology, declaring it to be helpful, timesaving and effective.

MSF nurse supervisor Gulnara Elmuratova believes this method has a number of major benefits, both for patients and for health staff. “This novel treatment approach has made life easier for stigmatised patients, such as Kundyz, who do not want others to know they have TB,” she says. 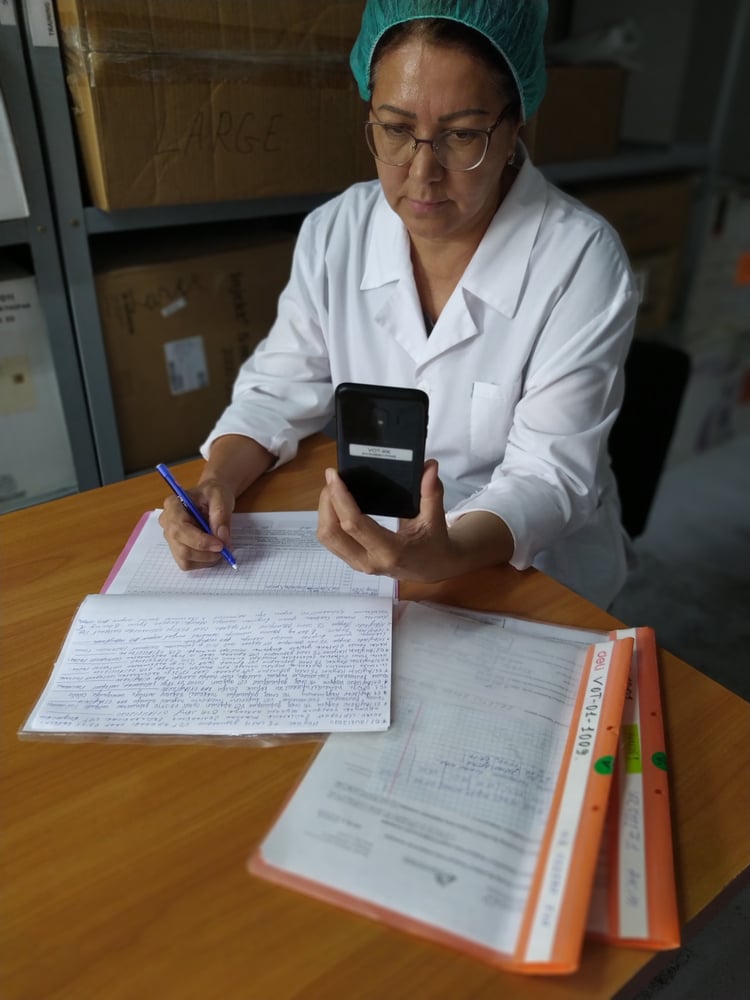 It is very convenient for people with busy lives and jobs, says Gulnara: “Patients on V-DOT do not need to come to the DOT corner every day and lose their time. Instead, they can take their treatment under video observation. When lockdown is over, they’ll be able to go back to their jobs and continue working as before.”

It also makes the most of the resources available, both financial and human. “This treatment approach does not require travel costs or large numbers of health staff,” says Gulnara.

Given MSF’s experience in Karakalpakstan, the team believes that V-DOT could play an important role in ensuring treatment adherence in other places with internet access.

Patients with no internet access, or who are uncomfortable with the technology, have another option, also put in place by the MSF team in Karakalpakstan during the pandemic. This is known as ‘family directly observed treatment’ – or F-DOT – where family members watch and support patients taking their medication.

“The pandemic prompted us to initiate home care for our patients in Karakalpakstan,” says MSF deputy project coordinator Aypara Asenova. “Innovative practices such as V-DOT and F-DOT have played an important role in supporting patients to adhere to their treatment during the lockdown.”

MSF has been supporting the diagnosis, care and treatment of patients with tuberculosis in Karakalpakstan, alongside the Ministry of Health, for more than 20 years.