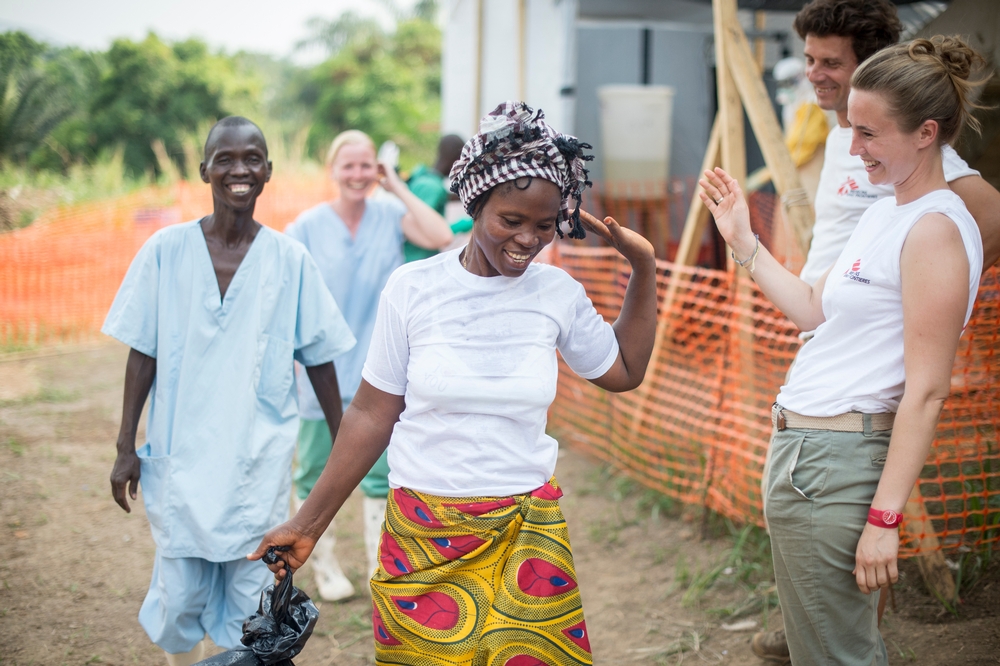 We are a worldwide movement owned and run by our staff, past and present. Collectively, they make sure that Doctors Without Borders/Médecins Sans Frontières (MSF) stays true to its mission and principles.

Our donors are a vital part of the movement - your generosity and support helps fund everything we do, with 90 percent of our income coming from individual donations. This allows us to stay independent, neutral and impartial - and to access those in greatest need quickly.

We have helped millions of people since Doctors Without Borders was established in 1971. The movement has grown and we now work in over 60 countries around the world, with teams ready for any new emergency.

Most associations are attached to one of the five operational centres. These are the offices which decide when, where and what medical care is needed. These centres are based in:

The Operational Centres can act independently but all layers of MSF interconnect and work together in various ways, and are formally bound as one movement by a shared name, a shared commitment to the MSF Charter and principles, and shared membership of MSF International.

The office in Canada, like the twenty other offices across the globe, work with the Operational Centres to recruit staff and raise the money needed to provide care where it is needed most. They also provide specialist technical support and speak out about on behalf of the people we are helping.

Humanitarianism is not a tool to end war or create peace. It is a citizen's response to political failure - Dr. James Orbinski, former President of Doctors Without Borders/Médecins Sans Frontières (MSF)

These offices are in Australia, Austria, Belgium, Brazil, Canada, Denmark, France, Germany, Greece, Hong Kong, Italy, Japan, Luxembourg, the Netherlands, Norway, South Africa, Spain, Sweden, Switzerland, the UK and the US. Doctors Without Borders has also recently established itself in India and Ireland.

Doctors Without Borders has four other main offices:

Other units, including supply centres and medical units, also support our activities on the frontline.

In the field, our doctors are constantly frustrated by the lack of adequate medical tools.

In response, we set up the Access Campaign in 1999 to push for access to, and the development of, life-saving and life prolonging medicines, diagnostic tests and vaccines for patients in our programs and beyond.

We set this project up with the prize money from the Nobel Peace Prize, which we were awarded in 1999.

For 30 years, Doctors Without Borders has directly witnessed the human cost of the lack of drugs for neglected diseases and has raised its voice against this inequity.

In 2003, seven organizations from around the world joined forces to establish the Drugs for Neglected Diseases initiative (DNDi).

The International office in Geneva is the focal point for the Doctors Without Borders' other offices and is where important joint decisions are made.

Our International President is Dr Joanne Liu. Her time with Doctors Without Borders started in 1996, when she worked with Malian refugees in Mauritania.

She is an associate professor at the Université de Montréal and has also taught at Fudan University in Shanghai. In 2013, Dr Liu received the Royal College of Physicians and Surgeons of Canada’s Teasdale-Corti Humanitarian Award.