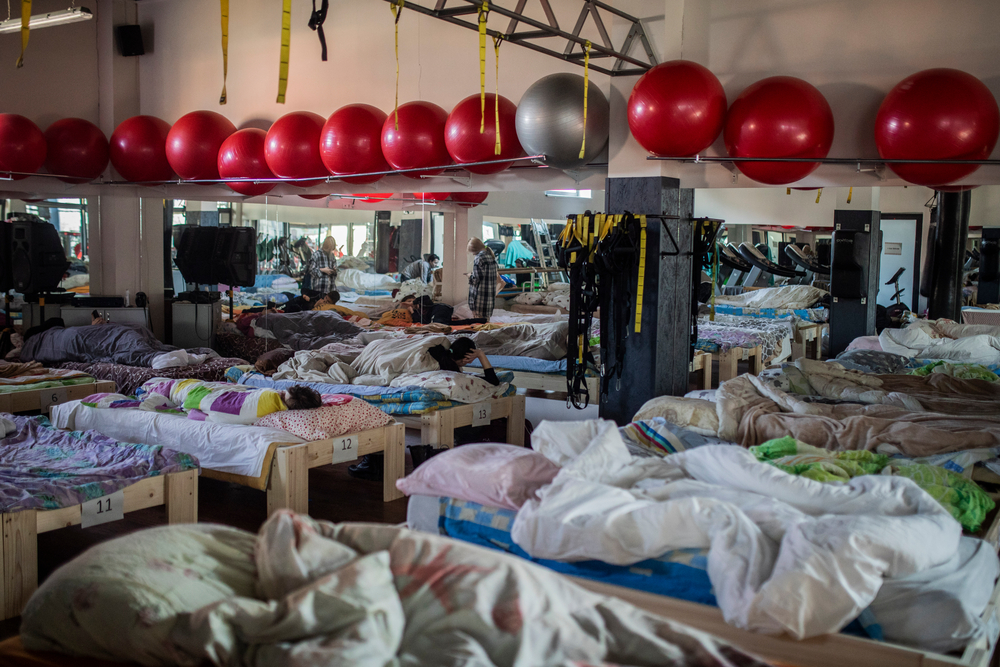 Every day thousands of Ukrainians arrive in Slovakia - traumatized and exhausted

Marta Wnorowska is currently working on the Slovakian-Ukrainian border as a project coordinator with Doctors Without Borders/Médecins Sans Frontières (MSF). More than 195,000 refugees have crossed into Slovakia since the war started on February 24, 2022, according to the UN*. In the following interview she describes the situation on both sides of the border. 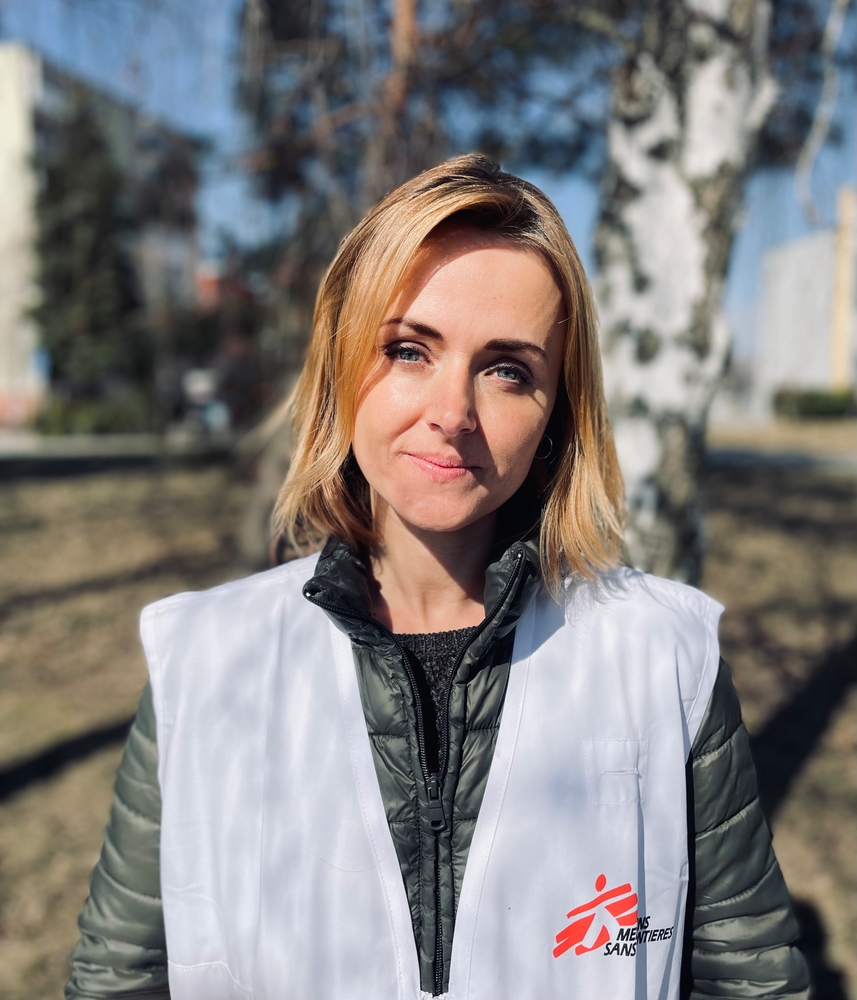 How is the situation in the border Ukrainian town of Uzhhorod?

Uzhhorod is a city very close to Slovakia, just two kilometers away, and has become a hub for the distribution of humanitarian aid to the rest of Ukraine. It is a relatively safe place for now: a normal-like life is possible there, with people on the streets, no curfew, shops open, and electricity, water and other services still running.

At the same time, the atmosphere is unsettling. There are queues at the ATM machines, some products are becoming scarcer in the pharmacies and the sound of siren alerts can be heard sometimes. The city had 100,000 inhabitants before the war, but the number of people has now at least tripled. It has become very congested, with traffic jams, and the authorities fear that resources will run dry.

The local community here is dealing with the influx of internally displaced people, some of whom have just stopped over before continuing on their journey. People who arrive can register and get some food, clothes, and medical assistance. There are not camps yet, so people stay with the community; some have relatives, others stay in hotels or public facilities. Some people spend time at the railway station waiting for the next train or for someone to pick them up. Some even sleep there.

The people in Uzhhorod are also striving to show solidarity with other citizens from areas located near the frontlines by sending relief materials.

The 200-bed Transcarpathian regional hospital, the main one in Uzhhorod, is well equipped, with capacity for specialist and surgical care. They are getting prepared for a bigger response, making 200 more beds available in case of an influx of patients. There is also a faculty of medicine at the university, so currently they have enough doctors and nurses.

What is the scene at the border between Ukraine and Slovakia?

There are three crossing points on the shared border. Vyšné Nemecké is the biggest one: 70 percent of people entering Slovakia from Ukraine do so from here, and it is also the transit point for most goods and cargoes. The second one, Ubla, allows the entry of cars and people, and finally, Slemense, is the smallest one, and it serves only for the crossing of pedestrians.

On average, about 10,000 people are crossing every day into Slovakia. Queues in Ukraine at the main point can be around three kilometres long. Ninety percent of the people are women and children and the rest are elderly people. People travel with small amounts of luggage, very often a backpack, a small cabin suitcase or a plastic bag. You can see mothers wearing big jackets, some of them dragging children or pets. People are hungry, traumatized and completely exhausted but walk fast, determined and silently in cold temperatures of between minus five and 10 degrees Celsius. 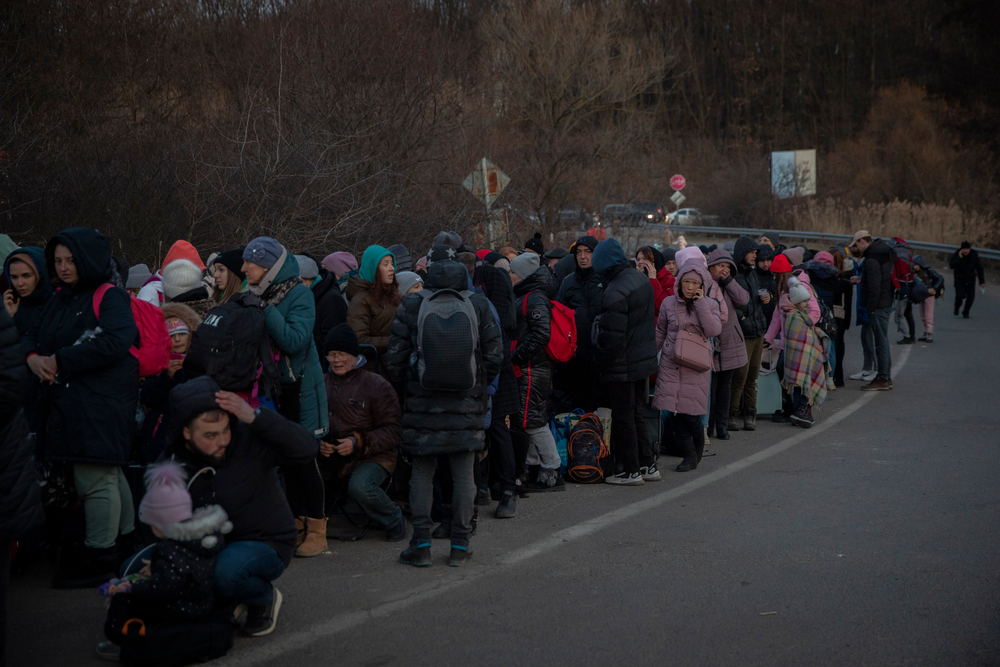 Santi Palacios
Hundreds of people wait in line to cross the border on foot into Slovakia from the city of Uzhhorod in Ukraine's Transcarpathia region, March 6, 2022.

The first wave of refugees came from northern parts of the country like Kyiv or Kharkiv, or eastern towns like Mariupol. People moved mainly by car and train. In the first days you could see people travelling with bigger and better cars. But now there is a change in the profile: people seem to be more vulnerable and travel on foot for many kilometres in harsh conditions.

What happens once people cross into Slovakia?

On the Slovakian side there are a lot of local and some international non-governmental organizations (NGOs), and many volunteers, who are welcoming the refugees; offering food and clothes. There are also a lot of members of the security forces assisting people. Firefighters are also heavily involved, and are generally managing logistics, such as coordinating ambulances, or helping people who are heading to different countries.

In the town of Humenne there is a transit centre, with the capacity to host 200 refugees, but people aren’t staying there long. Most continue their journey to other European countries while some non-European citizens are being repatriated on flights organised by their governments. There is a Ukrainian community in Slovakia, so some people are staying with host families and others with Slovakians who offer accommodation. As more people arrive, the Slovakian Government is planning to secure extra spaces because the next wave of refugees may not have the same resources and connections.

How is MSF supporting?

Our first emergency team arrived in Slovakia at the beginning of March and, after an initial assessment, we are now collaborating with the Ministry of Health to support in the response. We are also negotiating a Memorandum of Understanding to be able to import medical supplies and work here.

For the moment, the critical humanitarian and medical needs are covered by the local authorities and civil society, so our approach will be to fill the gaps as the situation becomes more overwhelming. We plan to have a mobile team monitoring regularly at the border, offering mental health support, facilitating emergency referrals and taking care of the most vulnerable people.

On the Ukrainian side, we are looking to set up a base in Uzhhorod and continue to assess the evolving situation there. We are also looking at areas like the city of Ivano-Frankvisk, from where we could monitor, assess and respond in the whole southwest of Ukraine. The biggest issue for the health system at the moment is the potential rupture of essential medical supplies. In Uzhhorod, they are already missing items like insulin, narcotics and sedatives that have been redirected to other places of the country directly hit by the fighting.