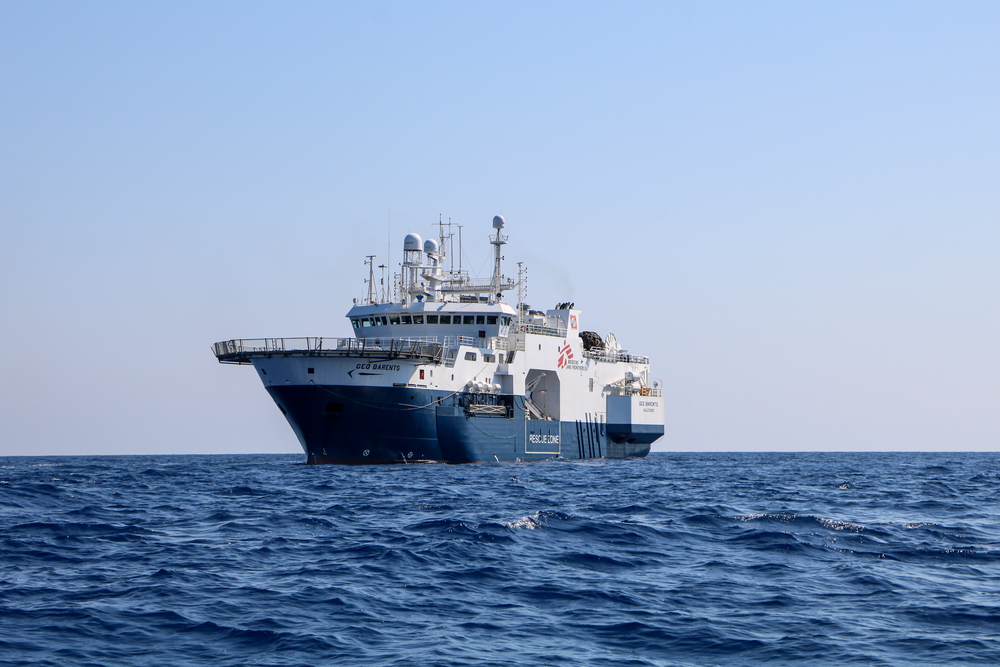 Left to drown: One year of Geo Barents at sea

One year of operations in the Central Mediterranean haspassed by, this time with the Geo Barents - Doctors Without Borders/Médecins Sans Frontières (MSF)'s vessel - rescuing 3,138 people and conducting 6,536 medical consultations before disembarking in a place of safety in Europe. Following last week’s tragic rescue, the sad reality at the Southern European border has not changed: the normalization of policies of deterrence and non-assistance at sea, as well as the dismantling of the search and rescue (SAR) system in favor of forced returns, continue to generate human suffering and loss of life.

The figures, which represent human lives, are outrageous. Between 2017 and 2021, at least 8,500 people have died or gone missing and 95,000 people have been forcibly returned to Libya, including 32,425 people in 2021 alone - the highest number of forced returns reported to date. In Libya the rescued people face degrading treatment, like extortion, torture and – all too often - death. “European states failing to provide adequate proactive SAR capacity and propping up the capacity of the Libyan coastguard undeniably support forced returns to Libya, where detention and abuse are the norm. MSF presence in the Central Mediterranean is a direct result of the progressive and shameful disengagement from European state-led proactive SAR naval capacity from the Mediterranean Sea.” says Juan Matias Gil, MSF SAR Representative.

The horrors that refugees, asylum seekers and other migrants experience in Libya, whether before their attempt to cross the Central Mediterranean or after having being forcibly returned, are often unimaginable. Based on the testimonies of the people rescued by MSF teams who have found the courage to share their stories, MSF has documented the brutal impact and the harrowing accounts of violence inflicted upon thousands of men, women and children trapped between the sea and Libya.

“The policemen, the coastguard, the army never care about us. […] They beat me a lot, they all beat you. Until you faint. Until you collapse. […] So many severe punishments in that country […] Why is the European Union supporting these people? I said ‘God, please help me’. […] If Nigeria was safe, I wouldn’t be in this land. […] So when I was preparing for this third time, I said ‘God, I would rather die in the sea than be returned back to Libyan detention centres’. I cried, I cried. So, for this third time, I boarded another boat.” 25-year-old male from Nigeria. 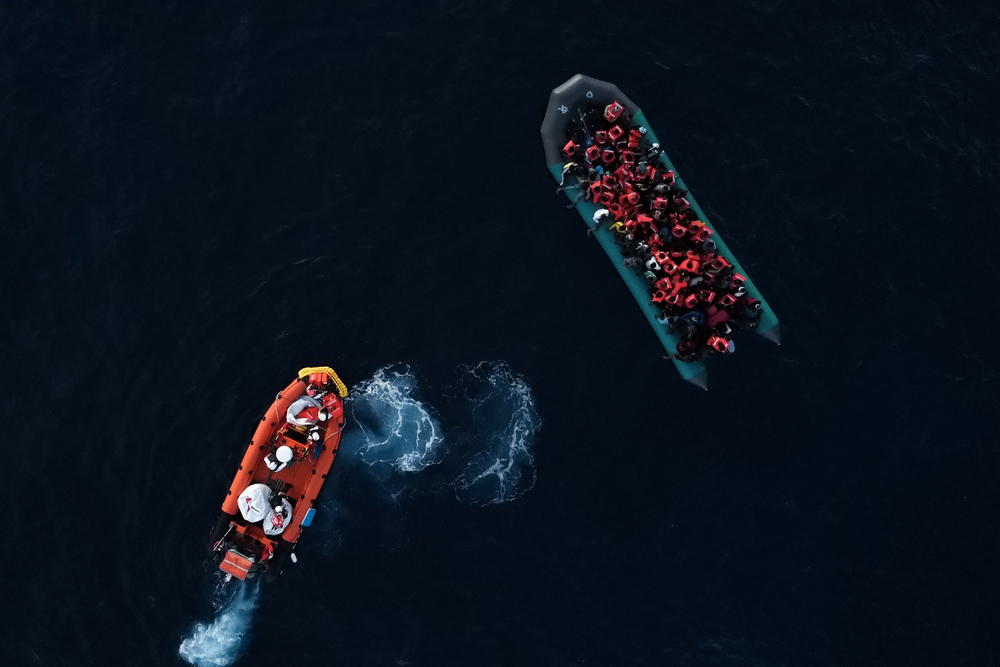 Filippo Taddei/MSF
A rubber boat with 95 people on board, was about to be intercepted by the Libyan Coast Guard, MSF teams arrived on time to carry out the rescue safely. October, 2021.

According to survivors’ testimonies collected on board, 84% of no less than 620 violent events shared by rescued survivors with MSF had occurred in Libya, among which 68% reportedly occurred within the year prior to being rescued. A significant number of these events happened after having been intercepted by the Libyan coastguard and subsequently locked up in detention centers. Survivors reported that perpetrators were guards in detention centers (34%), the Libyan coastguard (15%), non-state or military police (11%), and smugglers/traffickers (10%). Our teams also documented significant levels of violence against women and children - 29% of those were minors, the youngest being 8 years old, and 18% of the victims were women.

A safe place to disembark

Since the beginning of the Geo Barents SAR operations in June 2021, we have also continued to witness the normalization of stand-offs at sea and the distress this practice creates. MSF requests for a place of safety to disembark survivors have been systematically ignored or denied by the Maltese authorities, while those to Italian authorities have been met with an ever-increasing delay. Stand-offs at sea not only impede prompt access to a full assessment of medical and protection needs, but also prolong the suffering of the survivors. 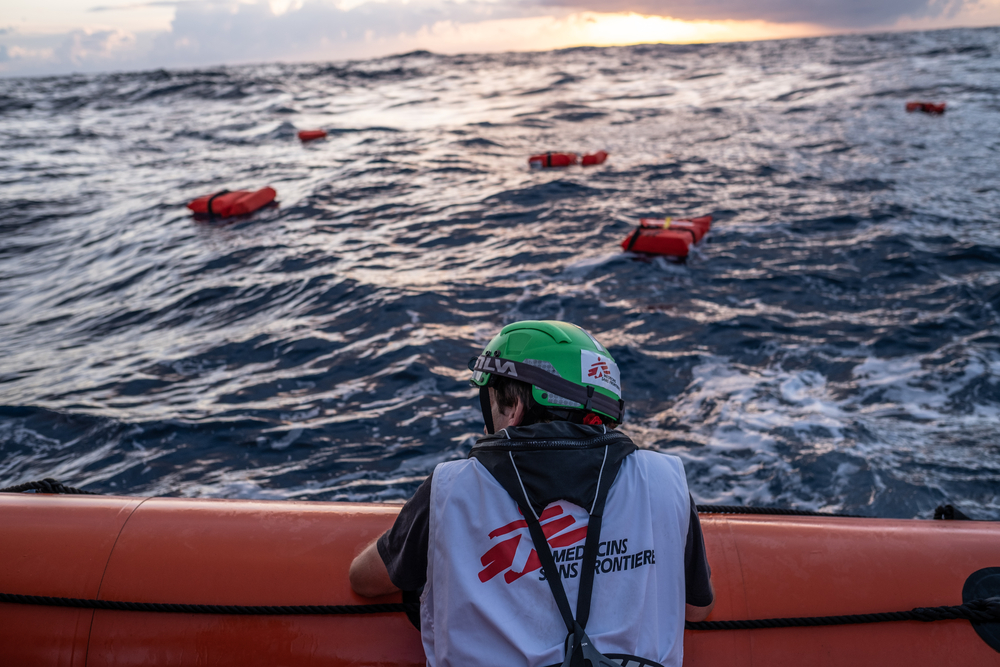 Virginie Nguyen Hoang/HUMA
The SAR team is picking up life jackets in the sea during a RHIB ( rigid-hull inflatable boat ) training in order to be ready for the rescues. November, 2021.

Changing this deadly migration policy is not only necessary but also possible. Europe has demonstrated in the context of the crisis in Ukraine that it can implement a humane approach to forced migration. The protection of everyone’s life should apply regardless of race, gender, country of origin, political or religious beliefs, and equal treatment – with respect to their rights and dignity – should be given to those seeking safety at Europe’s door.