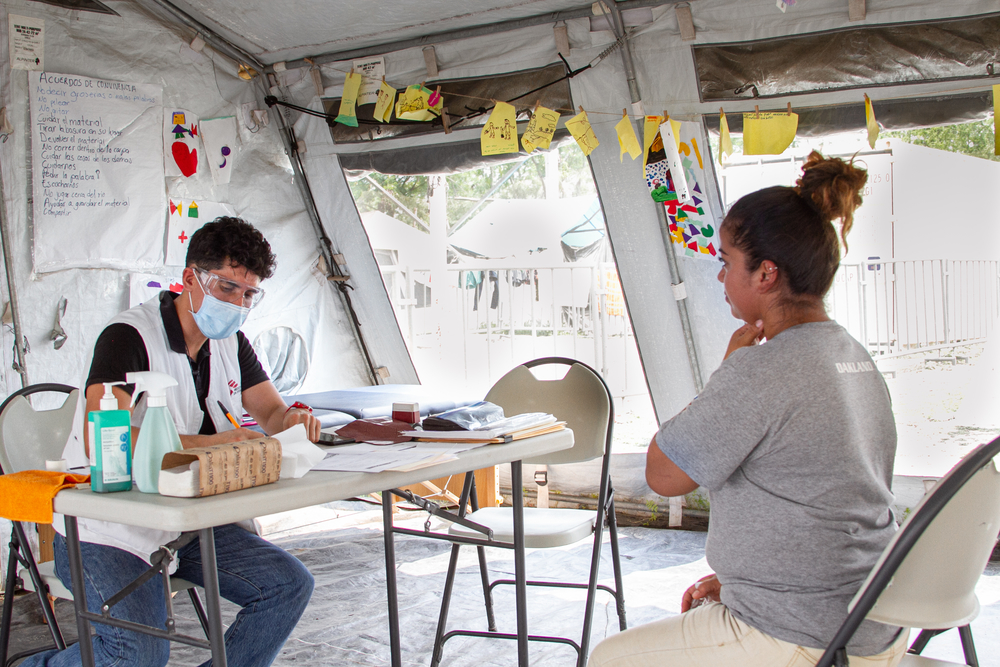 The United States government must suspend all deportations to Latin America and the Caribbean, a process that is moving people from the epicenter of the COVID-19 pandemic in the United States to lower transmission countries and which will exacerbate a public health crisis in the region, said the international medical humanitarian organization Doctors Without Borders/Medecins Sans Frontieres (MSF) today.

"Despite the risk of contagion and the implications for people's health, the US has continued to organize flights to deport migrants and asylum seekers to their countries of origin, most with fragile health systems,” said Marc Bosch, coordinator of MSF in Latin America.

Mexico is also carrying out deportations and voluntary repatriations for migrants who want to return to their home countries. In total, the US and Mexico have returned at least 6,500 Guatemalans, 5,000 Hondurans and 1,600 Salvadorans between March and mid-April.

Since late March, the Trump Administration has closed the US border to asylum seekers, creating an additional risk for people fleeing violence who, if deported, will face both the risk of COVID-19 and threats to their own lives.

MSF teams are already witnessing the health impact of continued deportations at the height of the pandemic. One of the shelters in which MSF works in Nuevo Laredo (Tamaulipas, Mexico), had to close its doors to new admissions after 15 people contracted COVID-19 after contact with someone who had the virus and had recently been deported from the United States.

"The situation in Nuevo Laredo shows how continued deportations from the US - despite the fact that the country has the highest numbers of affected people in the world - can put countless other people at risk," said Sergio Martín, general coordinator of MSF in Mexico. “It also highlights how shelters need sufficient resources in order to adapt their facilities to minimize transmission.”

The closure of migrant shelters, which has occurred throughout Mexico since the start of this outbreak, has left migrants and asylum seekers with limited ways to control their exposure to the virus and limited access to the basic services they need. The US, under emergency coronavirus measures, is expelling all migrants either apprehended or presenting for asylum at the border with Mexico, where no reliable system to ensure quarantines or isolation for deported patients are in place. This situation is especially critical in the northern cities. In addition to being notoriously dangerous, with highly concentrated systematic violence against migrants, these cities are documenting the greatest number of cases of COVID19 due to their proximity to the United States and higher levels of population movement.

MSF will soon begin activities in Tijuana, bordering San Diego, where the high number of COVID-19 cases threatens to collapse the health system.

"Most of the countries to which the deportees are sent have fragile health systems. Any measure that contributes to regionally spreading the disease or putting people at risk must be stopped immediately," said Martin. “Honduras, El Salvador, Guatemala and Haiti have very limited capacity for testing, surveillance, treatment and limited supply of medical equipment such as ventilators. A major outbreak of COVID-19 could be catastrophic.”

People awaiting deportation by the United States are often held in detention centers for weeks or even months. These and other prison facilities in the United States have become ideal breeding grounds for the massive spread of this disease. MSF has called on US authorities to release people from immigration detention in order to mitigate transmission. In Mexico, MSF has called on the government to close its migrant detention centers following a riot in late March, in which a Guatemalan citizen died. The detainees were protesting crowded conditions in the center and lack of information and action on COVID-19 prevention from Mexican authorities.

Mexico must also ensure that the process of voluntary repatriation of migrants (to El Salvador, Honduras or other countries) is carried out with the necessary guarantees to prevent the spread of the disease, said MSF.

Currently, these countries do not have quarantine mechanisms that guarantee the safe isolation of people arriving from abroad and their full access to diagnostic and treatment methods.

“In El Salvador, upon arrival, deportees are sent to separate quarantine centers for deportees, whose conditions differ greatly from those of the rest of the population entering the country”, adds Stéphane Foulon, coordinator of MSF in El Salvador. “Although health care is assured, sanitary and isolation measures cannot always be fulfilled because the flow of deportees arrivals from the United States is constant.”

MSF is adapting its activities in Mexico, Guatemala, Honduras, El Salvador and Haiti, as well as in the United States, to collaborate in the fight against COVID19, in addition to the rest of the countries of the continent where it is present.