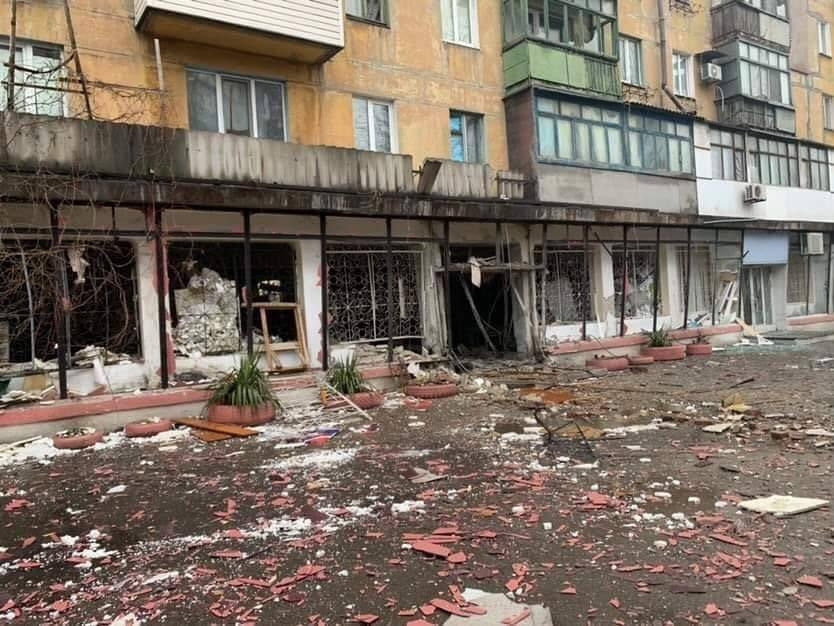 Ukraine: As daily lives are torn, health needs on the rise

The humanitarian situation in Mariupol remains extremely dire. Doctors Without Borders/Médecins Sans Frontières (MSF)’s Emergency Manager, Kate White, explains that extreme penury of basic services in the city is having a huge impact on people’s physical and mental health.

The city of Mariupol is facing widespread shortages of water and other basic services. What impact could this have on people’s health?

In Mariupol, our teams report that many families do not have enough water, food and medicine. For small children this can be particularly dangerous. Unlike adults, their bodies cannot withstand wide fluctuations in food and water intake, and so they are at high risk of dehydration. Contaminated water can also cause diarrhea, which in turn can set in motion a vicious circle, with diarrhea leading to further dehydration. In extreme situations, this can also result in death.

Poor water quality can also lead to a number of other diseases including skin infections and scabies. On top of this, in Mariupol people are having to live in crowded conditions as they shelter from shelling and explosions and are unable to follow with basic hygiene measures. This could lead to respiratory tract infections and the spread of COVID-19.

Low and poor water supply can also cause outbreaks of communicable diseases. We are particularly worried about cholera. Mariupol saw an outbreak of cholera in 2011, so we know that the bacteria which causes cholera is present in the region. Moreover, Ukraine has had low vaccination coverage, so the risk of other vaccine preventable diseases including measles and polio spreading is also high.

In a context where daily life is disrupted, what are your concerns?

Mariupol is an urban city, but in a situation where there is lack of fuel, people are having to use wood for cooking in houses not built for this. So, the likelihood of fire outbreaks is high, and people are at risk of incurring severe burns and suffering from respiratory illnesses. In a context where the health system has literally collapsed, this could be fatal.

Eastern Ukraine is known to have a high proportion of elderly people. What consequences could the siege of Mariupol have on them?

The fact that eastern Ukraine has a high proportion of elderly people is a direct consequence of the eight-year conflict. Many young people fled when war broke out in 2014. Elderly people are the least mobile so more likely to stay on. Many have underlying health conditions including hypertension and diabetes. Even if we don’t see an immediate impact on elderly people, we know this will appear.

The war has disrupted community structures, which have been essential in supporting health care needs of elderly people. We had established a network of health volunteers who supported people get timely diagnosis and treatment as well as help with getting medicines. Because of active fighting, many community health workers have left the region or are in hiding. So, this will only increase the sense of isolation among the elderly.

What about people’s mental health in Mariupol?

We know from decades of experiences that war has a significant impact on people’s mental health. For many, safety and certainty have been ripped out from underneath them. The normal support mechanisms including families and friends have been disrupted as many people have fled or are in hiding. Their physical environment has been torn apart and people are having to move from one location to another in search of safety. In Mariupol today, there is hardly any safe place and the sound of gunfire, shelling and aerial bombardment is ever present. Very often, mental health consequences take years to manifest but also require immediate assistance. We will have to deal with the mental health impact of this war on a massive scale for years.