Ukraine: In Odessa, 'everyone is preparing for the worst'

Carla Melki, Emergency Coordinator for Doctors Without Borders/Médecins Sans Frontières (MSF), has just returned from the port city of Odessa in southern Ukraine. There she was part of an MSF team that has been assessing the situation in order to help plan our activities in response to the war in the country. From Moldova, a neighbouring country to which refugees are escaping, she explains the fears the Russian offensive is causing and the priorities for MSF’s intervention. 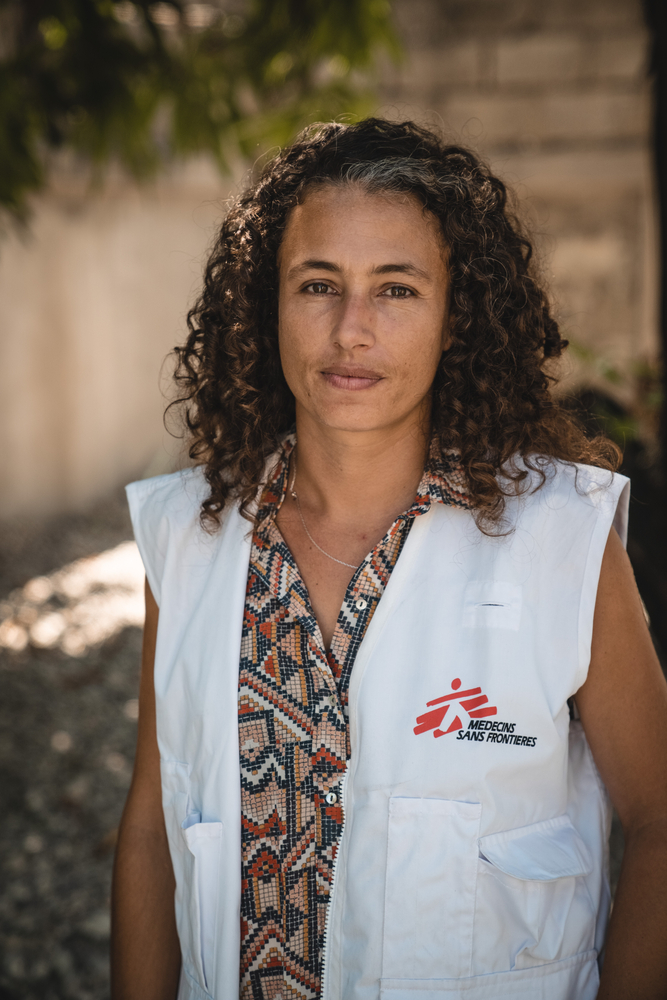 What is the situation in Odessa?

Part of the population fled the city towards the Moldovan border. Those who remain do not move much. Despite this, moving around is complicated due to the traffic jams around the very many Ukrainian security forces checkpoints in the city. There is a curfew at night and sirens sound several times a day. While we were there, we heard several explosions in the distance, but we did not know what caused them or where they came from.

Most shops are closed, the sale of alcohol is prohibited, fuel is rationed, and cash withdrawals are limited.

The city is clearly preparing for an attack and a siege. With nearly one million inhabitants, Odessa is the third-biggest city in Ukraine. It is also home to one of the country’s most strategic port. So no one has any illusions about what will happen next. Everyone is preparing for the worst.

How is the city's health system preparing for the Russian offensive?

We visited the hospitals that are designated to receive injured civilians. These are large hospitals, of good standard, well equipped, but they are not accustomed to dealing with massive influxes of war-wounded or people injured by shrapnel. It’s as if hospitals in France, for example, were preparing to practice war medicine… It's very difficult to approach this facet of medicine theoretically; you have to have practical experience.

However, the vast majority of health personnel are still present and have no intention of leaving. Everyone is working hard and determined to cope, whatever happens.

Should we fear drug shortages?

The healthcare system has already been disrupted by war, and the impact is already being felt in supply chains. As an example, the delivery of hot meals for hospital patients has been disrupted. The fighting prevented deliveries from the city of Mykolaiv where they were normally prepared. As a result, we are wondering whether to support the hospitals by providing ready meals for patients.

Some medicines are also starting to run short, and it is not possible to order them through the usual channels because the central level is no longer able to supply the whole country. Each region or large city tries to find alternatives. We are helping with this; a first donation of medicines and medical equipment arrived yesterday (March 6, 2022) in Odessa from Romania, and we are hoping to donate some of it to hospitals in Mykolaiv. But clearly, across the country, the lack of medicines and equipment is already a huge problem, and the situation is only going to get worse.

In addition to the direct consequences of the war, the impact for patients suffering from chronic diseases – cancer or diabetes, for example – is likely to be disastrous.

What is the situation on the Moldovan border?

According to the Moldovan authorities, approximately 120,000 refugees from Ukraine have already arrived in the country. For residents of the Odessa region, the nearest border crossing is Palanca, about two hours by car from the city. But currently, it sometimes takes more than 24 hours to cross the border. At the border post, the Moldovan authorities separate their nationals from other nationalities, but everyone is allowed to pass.

The wealthiest people travelled by car, while many others fled by bus and train. The vast majority are women and children. Near the border, traffic jams of several kilometres have formed. Many people choose to cover the last few kilometres on foot. It is very cold. As well as fatigue and anxiety, some people are suffering the effects of untreated chronic illnesses.

Once they arrive at the border, people often need to receive immediate care. We intend to set up a health post in collaboration with the Moldovan Ministry of Health, to be able to provide first aid in a safe and warm environment. On the Moldovan side of the border, the authorities have set up reception areas, as it often takes several hours for refugees to find transport to the capital, Chișinău, and beyond. Here, too, we intend to set up a shelter to provide psychological and social assistance, particularly for the most vulnerable and fragile people.

How does MSF plan to help the people of Odessa?

In Odessa, we are focusing on two priorities. One, we will help with the preparation of hospitals to take care of the wounded. We believe we can provide training, support for triage, and patient stabilization. We are also considering helping to set up advanced medical posts – small emergency rooms capable of providing first aid to the injured, before transporting them to hospitals.

Two, we plan to help with the supply of medicines in order to prevent shortages. After the first donation of medicines yesterday, other donations will follow in the coming days. This is thanks in particular to a partnership with Zidebine, a Romanian NGO that is helping us to buy and deliver medicines to Ukraine.

In either case, we don't know how much time is left before the town is attacked. We are trying to set up as many things as possible, while it is still possible. It's a race against time.