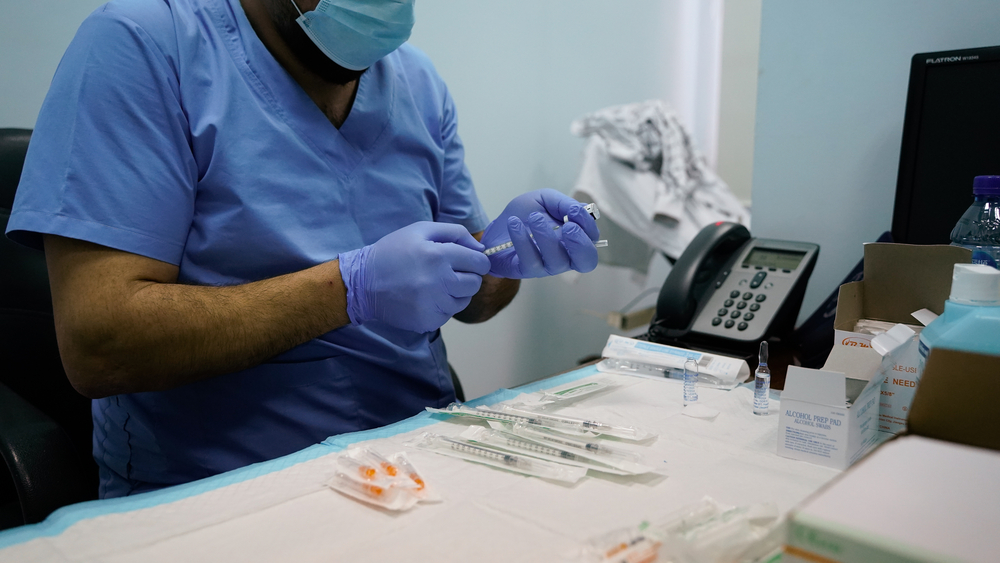 To uphold its COVID-19 vaccine donation pledge, Canada must #ShowTheReceipts

This past weekend marked two important landmarks in global COVID-19 vaccine distribution. First, the global COVAX initiative delivered its one billionth dose. Second, Canada crossed the threshold of administering more third doses at home (12,246,468 as of Monday morning) than the total number of doses it has actually delivered to COVAX. Indeed, thus far Canada can only demonstrate the delivery of 11,897,420 doses towards its donation pledge of 200 million doses to COVAX by the end of 2022. If Canada wants to credibly claim it has delivered more, it needs to show the receipts.

To be clear, Canada has been among the more generous financial contributors to COVAX, which is commendable. However, financial donations are less effective at translating into doses in arms when wealthy countries like Canada have already called dibs on most of the vaccines before they leave the factory gates, leaving COVAX near the back of the line. This is a reason why COVAX has not only delivered less than half of the vaccines it was supposed to deliver in 2021, but also why it fell even further short on delivering doses it had procured itself, instead relying heavily on donations from rich countries ahead of it in line. The consequences for access in countries where MSF operates have been severe; Central African Republic, for instance, was still waiting on delivery of doses from COVAX months after they had been promised.

The right thing to do

After all, if I go to the pizza place with five of my buddies, and we each order five pies, it’s going to take a while for the person – let’s call him Mr. Covax – who came in behind us to get his order, even though he’s got a minivan full of hungry people waiting in the parking lot. Offering to pay for some, or all, of the pies Mr. Covax is waiting for doesn’t actually get him the pies any faster. The right thing to do, especially after my buddies and I have already received a couple of our pies and are chowing down, would be to switch spots in the queue with Mr. Covax so he can get some of his order, too. This doesn’t even involve us sharing our own pies with him, just letting him get his first helping while we’re waiting on our thirds and fourths. This is something the WHO has been asking countries to do with COVAX; while some countries, like Switzerland, have done so, Canada has not.

A dose in a press release means a lot less than a dose in an arm.

What Canada has done is make pledges; however, a dose in a press release means a lot less than a dose in an arm. Canada’s pledge is a combination of physical doses, and cash for “the equivalent of” further doses. Canada’s pledge of physical doses includes 37.7 million doses from its bilateral contracts (17.7 million AstraZeneca, 10 million J&J, 10 million Moderna). As of the end of October, Canada has been releasing stats about the delivery of physical doses. This includes the 11,897,420 doses shared with COVAX (6,287,900 AstraZeneca, 5,609,520 Moderna, and 0 J&J; in fact, the J&J pledge might be in the red, since Canada subsequently took back at least 20,000 of its pledged doses for itself), plus a further 762,090 doses of AstraZeneca shared bilaterally outside COVAX and thus outside the 200 million dose pledge. While Canada’s donations of physical doses raise many questions – for instance, why didn’t Canada share more doses months ago, rather than keeping millions of doses on ice in federal freezers throughout the fall (especially at a time when Canada had signed additional contracts for up to 100 million booster shots annually)? – at least we have answers about how many of these physical doses have been shared. The answer, thus far, amounts to 6% of Canada’s pledge.

Questions start to arise with the second part of Canada’s physical donations pledge. In addition to 37.3 million doses from its bilateral contracts, Canada has pledged not to accept 13 million physical doses (a mixture of AstraZeneca, J&J and Novavax) allotted to Canada by COVAX (to be clear, Canada had the legal right to receive these COVAX doses as a COVAX participant, even as Canada simultaneously undermined COVAX via bilateral deals). Adding this 13 million figure to the 37.7 million doses from bilateral contracts gives 50.7 million physical doses. However, the status of these doses remains unclear; Canada has provided no updates, and indeed, it is not clear how, or even if, Canada will be able to demonstrate these doses are no longer waiting in the queue.

Transparency and accountability are in even shorter supply than the vaccines themselves.

The questions continue with the remaining 149.3 million of Canada’s 200 million dose pledge, which are thus far in the form of “the equivalent of” doses rather than physical doses. Once again, money for doses requires doses to be available for purchase and, in turn, delivery. Here, transparency and accountability are in even shorter supply than the vaccines themselves. In recent weeks, Canada has claimed that it has donated money for 87 million doses thus far. This number deserves considerably more scrutiny than it has received. Basic questions remain unanswered, even before asking when and where they were delivered: What dose at what price? Similarly, were 87 million doses actually purchased, or did Canada merely contribute an amount of money pegged to a particular vaccine at a particular price, regardless of whether that vaccine was available? Indeed, the 87 million itself may be a largely arbitrary number; this is, after all, the same number found in Canada’s G7 pledge, seemingly derived by taking Canada’s targeted 100 million dose pledge, then subtracting the aforementioned 13 million dose COVAX deferral and making up the difference. Underscoring its arbitrariness, this 87 million dose figure appears to be retconned from Canada’s pre-existing financial contributions to COVAX, rather than reflecting a targeted sum intended to acquire a specific number of doses.

This arbitrariness is still further reflected in the fact that this 87 million dose figure is linked to a $545-million dollar price tag. Canada’s list of financial contributions to COVAX indeed include $545 million “to support the procurement, distribution and delivery of COVID-19 vaccines”. However, the addition of words beyond “procurement” suggest we cannot simply divide $545 million by 87 million, and make a best guess at which vaccine was purchased. Indeed, Canada has indicated these associated costs – beyond the purchase of the vaccine itself – may amount to around $5 per vaccine; if so, $545 million is unlikely to covering all these elements.

Canada is falling far short of its pledge to COVAX.

Transparency, and in turn accountability, are a necessity in Canada’s response to the global pandemic. This is even before getting into the issue of future forecasts of when and where doses will arrive, something desperately needed by recipient countries for effectively planning vaccination campaigns. Thus far, the numbers released publicly suggest Canada is falling far short of its pledge to COVAX. While it is unquestionable that Canada has made financial contributions beyond this, it is highly questionable what the tangible outcomes of those contributions have been when it comes to doses in arms. As keepers of, one hopes, at least some of the information not currently available to the public, it would be extremely welcome if the government of Canada would like to refute or correct any of the figures in this piece. Just please show your work.