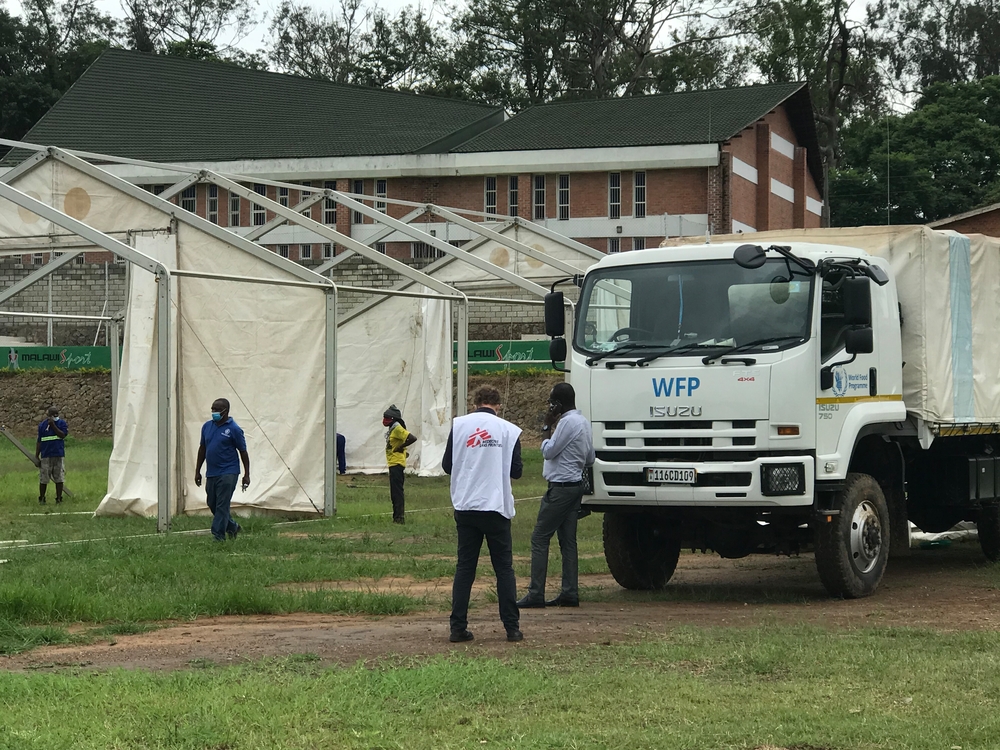 After being relatively spared by the COVID-19 pandemic in 2020, Malawi is being swept by a new, fast-spreading wave of the disease that is quickly overwhelming the health care system. In the first few weeks of January, the number of positive cases has doubled every four to five days, and while the local capacity is already saturated, access to vaccines is likely a few months away. Doctors Without Borders/Médecins Sans Frontières (MSF) responded to a call by the health authorities in Blantyre and launched an emergency intervention to tackle the exponential increase in the number of severe patients in the area.

Fabrice Weissman, who is member of the MSF COVID-19 response team in Malawi, describes the situation.

What is the latest update on this new wave of COVID-19 in Malawi?

The epidemic has been developing at a rapid pace since mid-December. At that time, the majority of new cases was found among Malawian workers returning from South Africa, while today almost all the new cases are the result of local transmission. There is a very high probability that the COVID-19 variant 500Y.V2 identified in South Africa is responsible for this second wave. According to current scientific knowledge, this variant is 50% more transmissible than the original strain, leading to a quick surge in the number of people needing hospitalization. This number has doubled every week since the beginning of January. If the epidemic in the country follows the same pattern as in South Africa (where the peak of the second wave was reached after nine weeks), we can expect the number of severe patients in need of hospital care to increase unabated up to mid-February. The hotspots of the outbreak are the two main cities in the country, Lilongwe in the centre and Blantyre in the south, which account for a population of around two million people.

In Blantyre, MSF runs an oncological program at Queen Elizabeth Central Hospital (QECH), a facility where COVID-19 patients are also being hospitalised. What are MSF teams observing there?

The number of severe COVID-19 patients hospitalized at QECH has increased from 12 to 107 between 1 and 21 January, exceeding the hospital’s maximum capacity for COVID-19 patients, which is currently 80 patients. This puts a great stress on the facility, in particular with regard to human resources, medical equipment and consumables and oxygen supplies – in all three areas, the hospital Director has asked for emergency support, which we have begun to provide.

What are the priorities at the moment?

The most critical priority now is to protect the frontline staff, if only to keep the workforce operational. More than ten members of the MSF team have been diagnosed as positive in the past ten days (fortunately none of them developed severe symptoms so far). This is putting a huge strain on our operational capacity. Our second objective is to reduce mortality among the patients coming to Queen Elizabeth Central Hospital, which is the only public facility providing care for severe patients in Blantyre, where more than one third of the cases are reported. The hospital is doing a great job in dire circumstances. We hired 50 extra health workers to reinforce their team and are helping to manage oxygen supplies. Oxygen is the lifeline in the management of patients, but the demand far exceeds the national production capacity and has to be met by imported cylinders and concentrators, which are in short supply.

What is MSF doing to support the Malawian health authorities to respond to this new wave?

In addition to providing manpower, oxygen and technical support to Queen Elizabeth Central Hospital’s COVID-19 wards, we are setting up an additional ward of 40 beds dedicated to COVID-19 patients. It will be fully equipped and staffed by MSF, in response to a call for help from the hospital Director and the District Health Officer. Another issue is that while the number of patients coming to the hospital is already overwhelming, there are indications that quite a few of the severe cases do not even reach the hospital and many people are probably dying at home. Our next objective therefore is to improve the early referral of severe patients, in order to maximise their chances of survival. But to contain the number of infections and deaths caused by this new wave of the disease, Malawi urgently needs access to vaccination – which unfortunately is unlikely to happen before April 2021, and even then, only for a portion of its population. By that time, the epidemic might have already peaked and killed many who could have been protected by vaccination.